LG also announced that it will release 15,000 limited edition Big B smartphones with Amitabh Bachchan's signature, and also said a few lucky buyers would get to meet the star.

The LG G3, running on Android 4.4.2 KitKat and a single-SIM configuration, bears a 5.5-inch AH-IPS LCD QHD (1440x2560 pixel) display with a staggering pixel density of 538ppi. It was first announced at the end of May.

The South Korean giant is also boasting of a new custom UI developed for the LG G3, calling it a 'simple flat GUI', using minimalistic designs, with light typesetting and circular motifs that pervade the whole UI from the icons to the QuickCircle notification area. The multitasking UI has also been given a tweak, with app grouping and symbols to help differentiate when switching.

Notably, the LG G3 features storage expansion via microSD card (up to 128GB). The G3 has a 13-megapixel rear camera with OIS+, dual-LED flash and a laser autofocusing sensor that can focus in 0.276 seconds. The Touch & Shoot UI also brings the focusing and clicking down to one step, shooting when users touch the area they want to focus on.

The front-facing 2.1-megapixel camera on the LG G3 features a f/2.0 aperture, and a selfie mode that starts the timer countdown when users moves their hands in front of the camera.

The LG G3 is powered by a 3000mAh removable battery, and features wireless charging support enabled via its optional wireless charger that features a stand, enabling customers to easily use the phone while it is charging. It can be charged in portrait or landscape mode with the wireless charger. 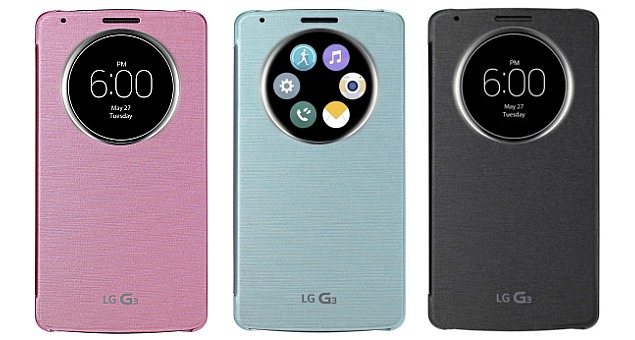 LG also announced the availability of another accessory for the LG G3 smartphone - the LG Tone Infinim (HSB-900) Bluetooth stereo headset made in collaboration with Harman Kardon. The headset, apart from the regular media controls, also features a call button, as well as sound and vibration alerts for incoming call or message, current time, and battery status.

Speaking on the launch, Soon Kwon, MD LG Electronics India, said, "In the cluttered, complex world of today, the G3 is the perfect blend of the latest innovative technology and simplified user experience underscoring LGs commitment to users and bringing to them the best in class products and devices. Globally, the G3 has witnessed exceptional traction and we expect the same in India. [..] With G3, LG has truly broken technological grounds and we aim to spearhead our vision of 10 percent smartphone market share by the end of 2014 for
LG's mobile division in India." 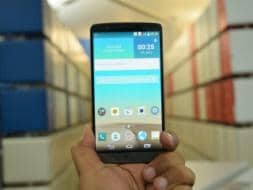