After being launched in China, LG G3's mid-tier variant, the G3 Beat has now been given global availability. The G3 Beat will be available initially in South Korea starting Friday, while the global roll-out will begin from Europe and the Commonwealth of Independent States (CIS) countries in the following weeks.

The South Korean giant has not revealed the price details of the LG G3 Beat but has noted it will be announced locally at the time of launch.

The company has further revealed that the LG G3 Beat will be available as the 'LG G3 s' in Europe and the CIS region. LG is touting the G3 Beat as a device that has been developed to address the low- to mid-tier segment of smartphone customers, while the handset comes with various goodies from the company's flagship, the G3.

The smartphone runs Android 4.4.2 KitKat much like the G3, and is powered by a 1.2GHz quad-core Snapdragon 400 processor clubbed with 1GB of RAM. It comes with 8GB of inbuilt storage with microSD card expansion and is backed by a 2540mAh battery. 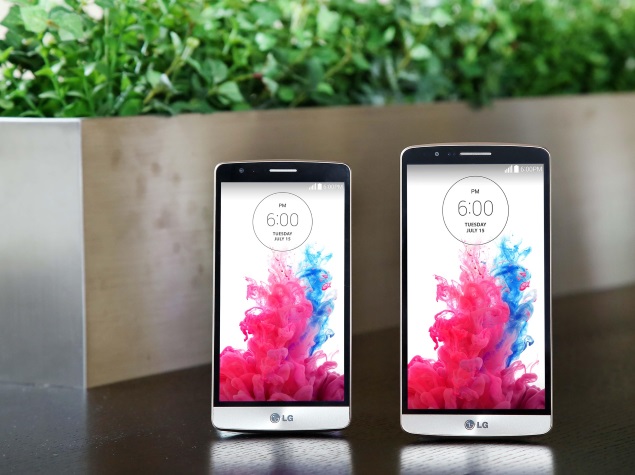 The highlight of the G3 Beat is its 8-megapixel rear camera which comes with the Laser Autofocus feature seen on the G3, while there is a 1.3-megapixel front camera as well. Some of the preloaded software features on the G3 Beat from the flagship include Touch and Shoot, which allows a touch anywhere on the display to focus and shoot; Gesture Shot, which begins automatic three-second countdown before the picture is snapped by just a hand gesture; Smart Keyboard, and QuickMemo+, an overhauled note taking app.