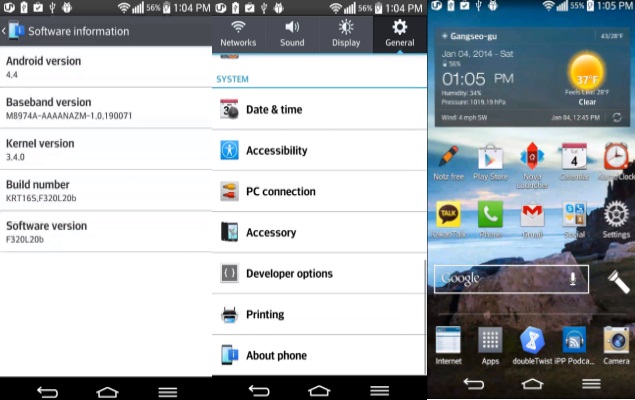 Now a YouTube user named, Ericsmissingteeth has posted a video which is alleged to show the LG G2 running the Android 4.4 KitKat. PhoneArena spotted the video first and claims it has been recorded via Android KitKat's screen record feature. Notably, the 3-minute long video purportedly reveals the LG G2 with a completely overhauled interface.

Notably, the Android 4.4 KitKat iteration brings some new features such as the translucent menu bar, which is located at the bottom of the screen; a new dialler and caller ID feature; a unified Hangouts messaging app; smarter Google Now integration; step counter and detector, and support for screen recording.

Notably, handset manufacturers like Apple and HTC have already launched handsets in Gold avatars and if the rumour comes out to be true, LG might join soon.

You can watch the video here: