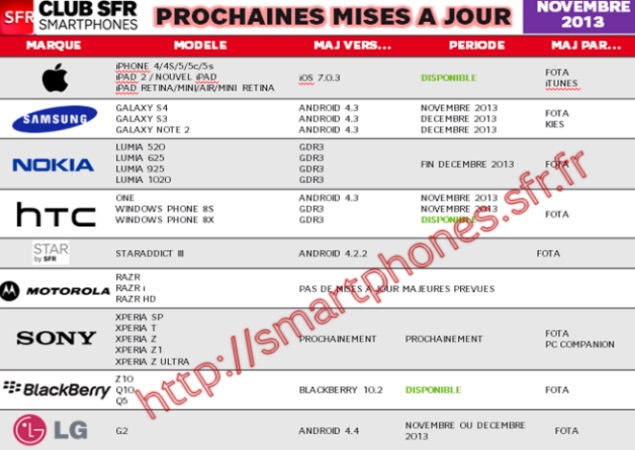 LG has been the official manufacturer of Nexus smartphones, the Nexus 4 and Nexus 5, for two years in a row, but the South Korean major has not announced Android 4.4 KitKat update rollout plan for its devices, yet.

As of now, there are no details whether the Android 4.4 KitKat update schedule for LG G2 is exclusive for the French carrier, SFR or the update will be globally released in November or December. Unfortunately there is no word on the Android 4.4 update for other LG smartphones such as LG Optimus G Pro and LG Optimus G.