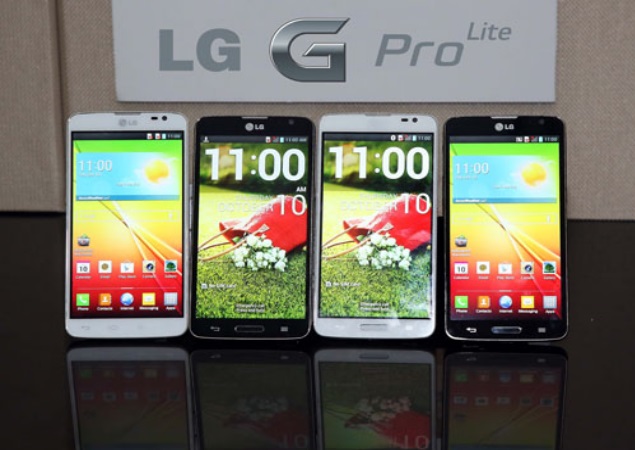 The dual-SIM economy phone, which was launched earlier this month, is now listed on ecommerce website, Snapdeal. The site promises a dispatch time of five days. The listing was first spotted by Fonearena.

LG had announced that the LG G Pro Lite would debut in Latin America in October, followed by markets in Asia, Russia, China, India and the Middle East.

As we mentioned, the LG G Pro Lite comes with dual-SIM support with dedicated hot key and also bundles a stylus. The LG G Pro Lite features a 5.5-inch IPS display with a qHD resolution of 540x960 pixels. It is powered by a 1GHz dual core MediaTek 6577 processor along with 1GB of RAM. The phablet runs Android 4.1 Jelly Bean and packs a 3,140mAh removable battery. It sports an 8-megapixel rear camera with BSI and also houses a 1.3-megapixel front-facing camera. The device includes 8GB of inbuilt storage with microSD card support. It measures 150.2x76.9x9.4mm and weighs 161 grams.

LG G Pro Lite comes with some preloaded apps that have been seen on devices like LG Optimus G Pro and the flagship phone, the G2. Some of the popular features included in the new phablet are KnockON, Pause and Resume Recording, QSlide, QuickMemo and QTranslator.