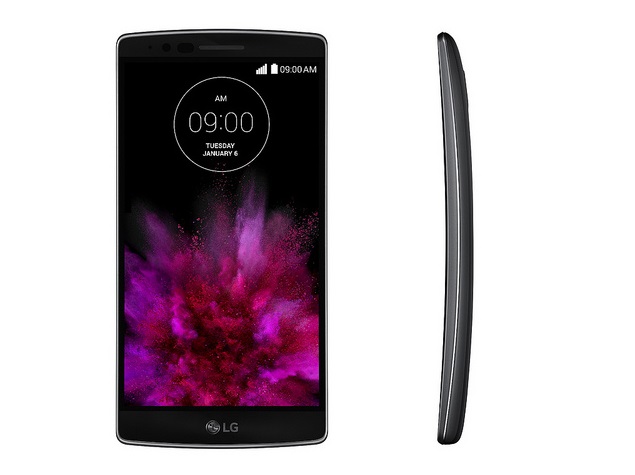 LG's recently launched G Flex2 has gone on pre-order at EUR 599 (approximately Rs. 44,076) in Germany via a third-party online retailer, inclusive of VAT. Notably, LG has yet to officially reveal the pricing details of the G Flex 2 smartphone, though if the listing is any indication then the South Korean manufacturer doesn't seem to be eyeing a premium price tag as expected.

The Amazon Germany listing (via Phone Arena) of the new LG G Flex2 does not reveal an exact availability date of the smartphone, though it notes, "We will deliver the item as soon as it is available."

At CES 2015, the South Korean handset maker had announced that the smartphone will be available at the end of January in Korea, and release in global markets thereafter.

The LG G Flex2 is the first smartphone powered by a Qualcomm Snapdragon 810 (a 64-bit octa-core SoC) processor. It is coupled with the Adreno 430 GPU and 2GB of LPDDR4 RAM. The single-SIM smartphone runs Android 5.0 Lollipop and features a 5.5-inch full-HD curved P-OLED display with a 1080x1920 pixels resolution and a 403ppi pixel density.

The company at the launch also confirmed that it improved the 'Self Healing' back from the original LG G Flex, and it will now get healed within 10 seconds at room temperature - significantly lower than the last-generation's three minutes.

The LG G Flex2 sports a rear 13.0-megapixel camera with optical image stabilisation (OIS+), dual-LED two-tone flash, and laser-guided autofocus just like the LG G3. It sports a 2.1-megapixel front-facing camera. The G Flex2 will come in 16GB and 32GB storage variants that are expandable via microSD card.

The device measures in at 149.1x75.3x7.1 - 9.4mm, and weighs 152 grams. The curved handset packs a curved embedded 3000mAh non-removable battery, and will initially be available in two colours: Platinum Silver and Flamenco Red.