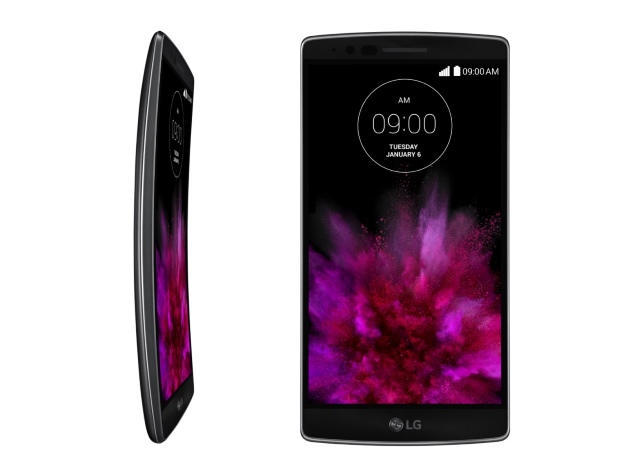 LG's much-anticipated launch at CES 2015, the G Flex 2, has been detailed in a purportedly leaked press release complete with images ahead of the company's official announcement at 9:30pm IST.

The alleged press release notes that the LG G Flex 2 will be available starting at the end of this month in Korea and will follow in additional global markets later on.

According to the leaked release (via PhoneArena), the single-SIM LG G Flex 2 runs Android 5.0 Lollipop and features a 5.5-inch full-HD curved P-OLED display with a 1080x1920 pixels resolution and 403ppi pixel density. The display is said to have 700mm-radius curvature, while the back is slightly steeper with 650mm-radius curvature for grip. The glass is also said to be toughened approximately 20 percent more with LG's own special chemical treatment technology.

The company has reportedly improved upon the 'Self Healing' back from the original LG G Flex, and will now get healed within 10 seconds at room temperature - significantly lower than the last-generation's three minutes.

The octa-core processor on the G Flex 2 is listed as Qualcomm's yet-to-launch 64-bit Snapdragon 810 SoC clocked at 2.0GHz, which makes it the first smartphone in the world with Qualcomm Snapdragon 810 - once again, if the alleged press release is real. It also packs 2GB of DDR4 RAM to back the processor.

The reported camera options on the LG G Flex 2 include a rear 13.0-megapixel camera with optical image stabilisation (OIS) and fast Laser Autofocus just like the LG G3. The front-facing camera is listed as a 2.1-megapixel shooter. The internal storage options are said to be 16 and 32GB with expandability via microSD card.

The other features include things like a simple hand 'Gesture Shot' recognisable from up to 1.5 metres away; 'Gesture View' to check last clicked shot; 'Glance View' to swipe down for notifications even when the screen is off, and 'Fast Charging' - which can charge the battery up to 50 percent in under 40 minutes.
Comments