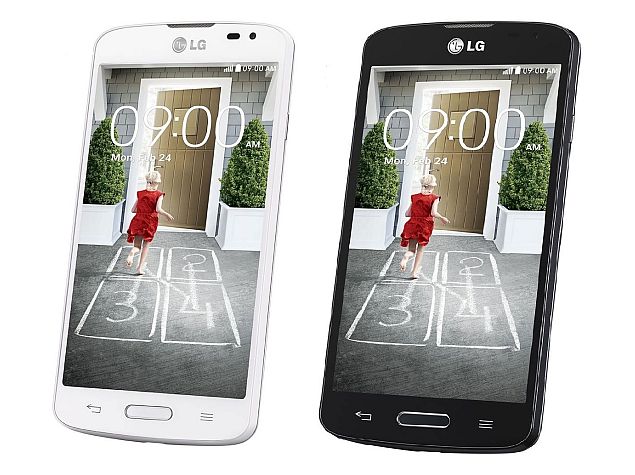 Announced in February this year during Mobile World Congress 2014, the LG F70 is now officially listed on the company's India website for a price tag of Rs. 19,500. The availability details of the handset are not clear though.

The Android 4.4 KitKat-based LG F70 comes with a 4.5-inch WVGA (480x800 pixels) IPS display and offers a pixel density of 208ppi. The LG F70 is powered by a 1.2GHz quad-core Qualcomm processor (unspecified chipset) alongside 1GB of RAM.

The LG F70 sports a 5-megapixel rear camera with CMOS sensors and also packs a VGA front-facing camera. The rear camera also has the capability to shoot and playback videos in full-HD resolution. The handset bears 4GB of inbuilt storage, which can be expanded via microSD card (up to 32GB). Users would also receive 50GB of cloud storage on Box application.

The new LG F70 also comes preloaded with the company's advanced UX feature, Knock Code, which is an upgrade to the KnockON feature that was introduced in the flagship 2013 smartphone, the LG G2. The Knock Code feature allows users to both power on and unlock the LG smartphone by tapping a personalized pattern on the phone's screen. According to the company, the new Knock Code feature offers greater security as the pattern is entered on a blank screen using anywhere from two to eight taps, allowing for more than 80,000 possible combinations.