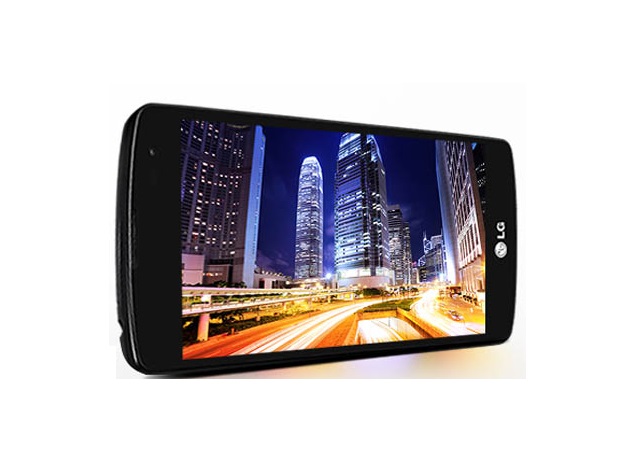 The company has announced that the new F-series smartphone will be rolling out in Europe followed by Asia and the Americas starting this week. LG has not revealed the price and additional availability details of the handset, saying that they will be announced locally at the time of launch.

The LG F60 will be available in 2 variants - single and dual-SIM. The South Korean giant is targeting new 4G LTE smartphone users.

The Android 4.4.2 KitKat-based LG F60 features a UX derived from the LG G3 (Review | Pictures). Some of the features of the G3-derived UX skin include the Touch and Shoot feature, which clicks images by tapping anywhere on the display to focus and shoot in one single step, and Gesture Shot in the camera allows users to open and close a hand in front of the lens to start a three-second countdown for the shutter.

Other features include Knock Code, which was first introduced on the LG G2 and allows users to unlock the phone by tapping a personalised 'knock' pattern on the display.

The LG F60 features a 4.5-inch WVGA (480x800 pixels) display and offers a pixel density of 207ppi. It is powered by a 1.2GHz quad-core (unspecified chipset) Qualcomm processor coupled with 1GB of RAM. It comes in 4GB and 8GB inbuilt storage versions, while there is no word on expandable storage.

The smartphone sports 5-megapixel rear camera and also comes with 1.3-megapixel font camera. The LG F60 is backed by a 2100mAh removable battery, and measures 127.5x67.9x10.6mm. The smartphone will be available in Black and White colour variants varying according to market.

Commenting on the launch, Dr. Jong-seok Park, President and CEO of the LG Electronics Mobile Communications Company, said, "LG continues to demonstrate its advanced 4G LTE knowledge by bringing to global consumers better and better mobile devices that take full advantage of today's most advanced wireless infrastructure. The LG F60 offers a premium user experience for young and old users alike who are looking for the fastest mobile experience possible at a reasonable price."