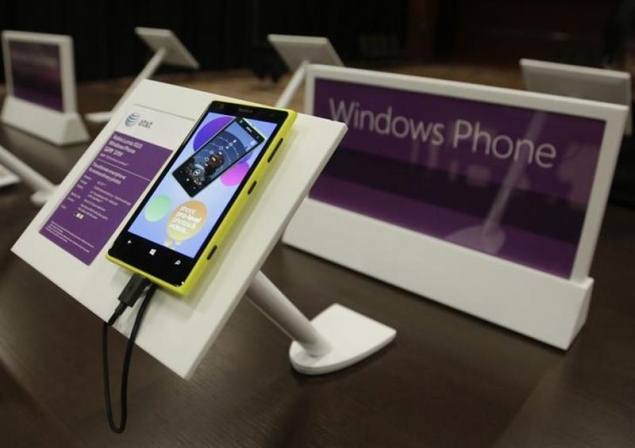 Looks like Microsoft's announcement of LG as one of its Windows Phone 8.1 OEMs is finally taking some shape. An as yet unannounced LG smartphone, running WP8.1 OS, has been spotted online in the database of AdDuplex, a 'cross-promotional network for Windows 8 and Windows Phone apps'.

The news comes from a Twitter post by Alan Mendelevich, Founder of AdDuplex. According to the post, a WP8.1-based LG codenamed LG D635 appears to have been spotted on the AdDuplex network, and feature a 5-inch screen with an HD (720x1280 pixels) resolution. "AdDuplex Stats teaser: LG D635, WP 8.1, 720p, 5" spotted," states Mendelevich's post. Nothing more has been mentioned about the smartphone.

The LG D635 device may be a test unit, and may not make it to the market in the precise form it's been spotted in. LG has not disclosed any plans for making a Windows Phone 8.1 smartphone until now, and the above information can be taken with a small pinch of salt.

Microsoft announced LG as one of its Windows Phone 8.1 OEMs back in February during MWC. The Redmond-based software giant had also confirmed India's Karbonn and Xolo as future Windows Phone hardware partners, along with Foxconn, HTC, Huawei, JSR, Lenovo, Longcheer, Nokia, Samsung, and ZTE.

LG is not new to the Windows Phone OS ecosystem as the Korean firm has previously made Optimus 7 running Windows Phone 7 back in 2010.

In related news, an image of the alleged LG Uni8, a smartphone running Windows Phone 8.1 OS, was leaked online in May by serial tipster @evleaks. However, later LG reportedly said that the smartphone shown in the image would not release this year.

While LG is yet to make a WP8.1 OS smartphone, other OEMs have already started introducing their devices in the market. Last week Xolo released its Xolo Win Q900s smartphone running Windows Phone 8.1 OS in India for Rs. 11,999.

It is worth noting that Windows Phone 8.1 comes with several new features including the Cortana voice-based virtual assistant. Microsoft is also expected to soon roll-out the first update for Windows Phone 8.1 devices that will bring support for app folders and smart flip cases, amongst other new features.