LG has launched a new mid-range smartphone, the Bello II targeted at smartphone buyers in 3G markets. The company touts that the LG Bello II is the successor to the LG L Bello, which was launched last year and features upgraded specifications.

The LG Bello II will be launching in Latin America and India this month. The smartphone will be rolled out in Europe and CIS (Commonwealth of Independent States) in the third quarter. The company notes that the LG Bello II will be launching in Brazil and Chile as LG Prime II while in the Indian market as well as Mexico and CIS the smartphone will be called LG Max. The company said that the price of the handset and additional availability details will be announced locally at the time of launch.

The smartphone will be available in single and dual-SIM variants, according to LG. The Bello II aka LG Max is powered by a 1.3GHz quad-core processor and features a 5-inch FWVGA (480x854 pixels) display. The smartphone comes with 1GB of RAM and packs 8GB of built-in storage with microSD card support.

The smartphone features an 8-megapixel rear camera while there is a 5-megapixel front-facing camera. The LG Bello II sports some selfie features such as Gesture Shot and Selfie Flash, already seen on the company's G Series. Gesture Shot allows users to take selfies without pressing any buttons (click via opening and closing a hand in front of the front camera), and Selfie Flash turns the phone's display into a soft flash for portraits.

The Android 5.1.1 Lollipop-based smartphone comes with 3G connectivity support with HSPA+ (speed up to 21Mbps). Other connectivity options include Wi-Fi 802.11 b/g/n, Bluetooth 4.0, A-GPS, and Micro-USB. The handset packs 2540mAh removable battery. It measures 140.8x71.6x9.6mm and weighs 155 grams. The smartphone will be available in White, Titan, and Gold colours. 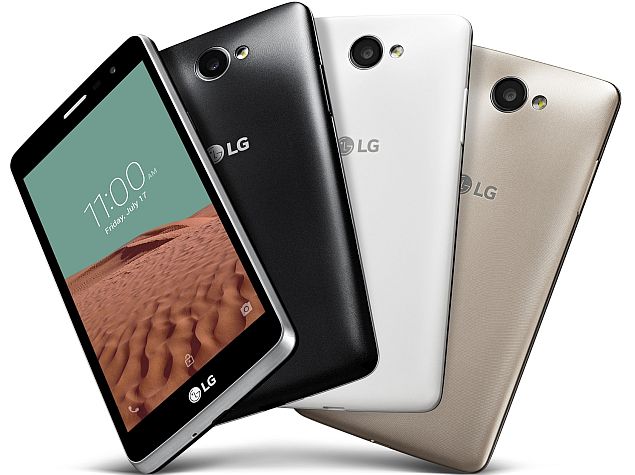 Commenting on the launch, Juno Cho, President and CEO of LG Electronics Mobile Communications Company said, "The LG Bello II brings unprecedented value to 3G markets, which still account for a significant 40 percent of smartphone markets. With its 5-megapixel selfie camera, large display and familiar features, the LG Bello II is a great balance of form, function and price, which is why we expect to be even more successful than its predecessor."

'BSNL to Hive Off Tower Business Into a New Subsidiary'
Airtel Could Launch Branded 4G Smartphones at Rs. 4,000 to Counter Reliance Jio