LG and Google officially launch the Nexus 4 in India for Rs. 25,999 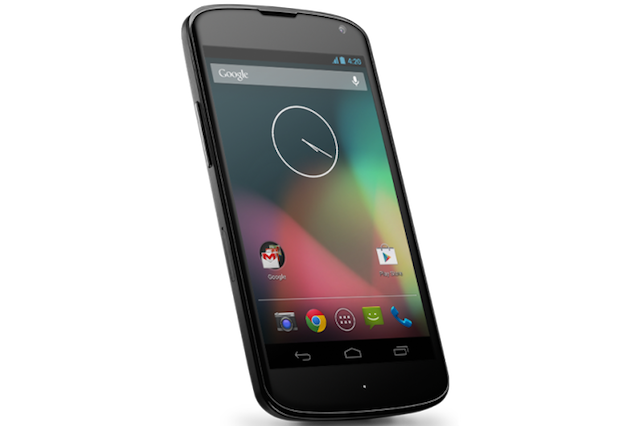 Following the Nexus 4 going up for India pre-orders on Wednesday, LG and Google have officially announced the launch of the smartphone in the country. The MRP of the phone is Rs. 25,999 for the 16GB variant, which retails on Google Play in the US for $349 (before shipping and taxes). While there is no official word yet, based on the announcement, it seems the 8GB variant of the phone (that is $50 cheaper) won't be available in the country.

The Nexus 4 boasts a 4.7-inch screen with 768x1280 pixel resolution. It is powered by a 1.5GHz Qualcomm Snapdragon S4 Pro processor with 2GB RAM and runs Android 4.2 (Jelly Bean). It comes with an 8-megapixel rear camera and a 1.3-megapixel front camera and a 2,100mAh battery. It's worthwhile to point out that the Nexus 4 doesn't feature a microSD slot or expandable storage of any other kind.

Google Nexus devices are loved by purists who prefer the 'stock' Android experience (free of any third-party skins or apps) and availability of software updates as and when they are released by Google. Google collaborates with a manufacturer to produce these devices, like LG with the Nexus 4 and Asus for its Nexus 7 tablet. Interestingly, the launch comes hours after Google unveiled a Samsung Galaxy S4 variant running 'stock' Android at its Google I/O conference, though officially that isn't a 'Nexus' device.

Commenting on the launch, Mr. Soon Kwon, Managing Director, LG Electronics India, said, "LG Electronics is pleased to partner (with) Google on the release of the Nexus 4 in India. With the Nexus 4, consumers would be delighted by the perfectly balanced combination of style, function and power."