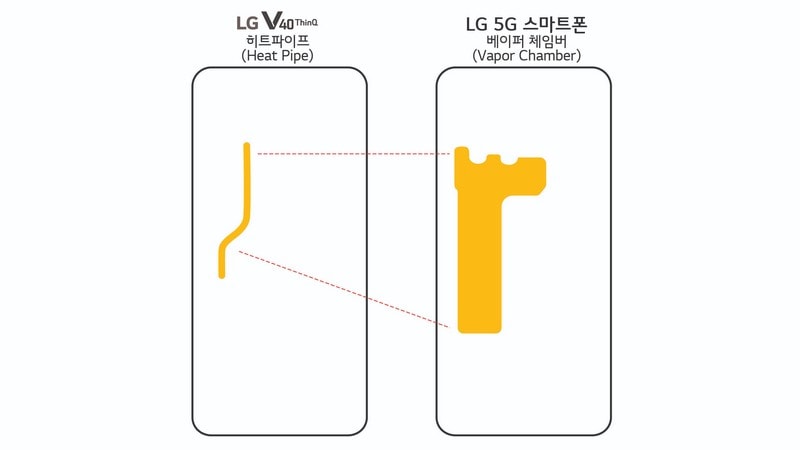 The upcoming smartphone will feature a vapour chamber cooling system

LG is scheduled to hold an event on February 24 at MWC 2019, something it teased via a video - but aside from teasing a new gesture control system, nothing much was revealed. LG has now confirmed that the company will launch a high-end smartphone that will support 5G connectivity and will be powered by Qualcomm's Snapdragon 855 SoC.  The upcoming smartphone will also have a vapour chamber cooling system and will come equipped with a 4,000mAh battery, however, LG is yet to reveal the name and additional details of the beastly smartphone.

The electronics giant has confirmed that it will unveil the 5G smartphone at MWC 2019. LG announced plans to launch a 5G smartphone back in August last year, adding that the company has partnered with US carrier Sprint to launch the smartphone at some point in 2019's first half. Back then, LG revealed that its upcoming 5G smartphone has been optimised to work on Sprint's 5G network. LG has now revealed that aside from Sprint, it is also working with multiple European operators as well over 5G technology.

More importantly, LG's upcoming 5G smartphone has been confirmed to feature Qualcomm's top-of-the-line Snapdragon 855 SoC which is claimed to bring a performance boost of 45 percent over its predecessor. LG claims that the speed granted by the 5G network and the processing power provided by the latest flagship processor from Qualcomm will let users have a superior experience when it comes to playing high-resolution games or running multiple apps simultaneously.

Moreover, LG's upcoming smartphone will also feature a vapour chamber cooling system for more efficient thermal management. LG claims that the vapour chamber design is 2.7 times more effective at heat dissipation compared to the heat pipe system employed on the LG V40 ThinQ. Thanks to the high thermal conductivity of the copper used to make the chamber and a larger surface area for absorbing heat, temperature management is claimed to be far more efficient on LG's upcoming smartphone.

Lastly, the 5G smartphone has been confirmed to pack a 4,000mAh battery and will also come with some changes to the smartphone's software and apps, which have been optimised to work on the 5G network without draining the battery. It's possible LG's upcoming 5G smartphone might not be the LG G8 flagship, which has reportedly been scheduled to launch on February 24 ahead of MWC 2019.