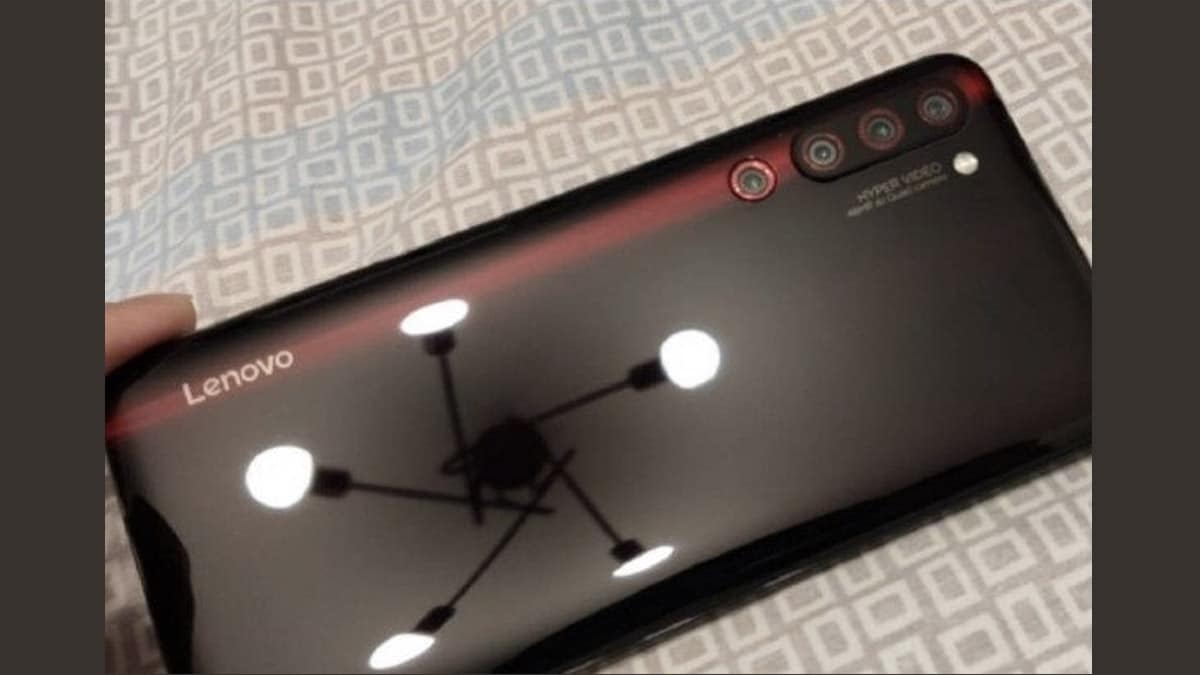 Lenovo Z6 Pro is scheduled to be launched at an event on April 23, but leaks about the smartphone are still pouring in. The latest leak to surface is a photograph of the back of the device. From the image, it looks like the back of the device is made out of glass but specific details about it are still unknown. The back does sport the quad-camera setup at the back which was earlier revealed in reservation pages. Also seen in the image is the gradient finish on the back which is finished in black and red.

The Lenovo Z6 Pro has three cameras arranged in a module while the fourth one is placed below this module. The new photo leak surfaced on Weibo. Based on the details available on the official website, the Lenovo Z6 Pro will sport a 48-megapixel primary sensor and is said to have a 2.9-micron pixel size. One of the cameras in the quad-camera setup is a super wide-angle with a 125-degree field-of-view. It also mentions that the device will be capable of 2.39cm super macros. The website also lists eight-axis OIS, six-axis gyroscope anti-shake as well as PDAF and AI rapid focus. The LED flash is next to the camera module and has Hyper Video written next to it which Lenovo has been teasing for a while now.

The device doesn't have a fingerprint scanner at the back, and the company has confirmed the smartphone will sport an in-display fingerprint scanner. Based on pre-order listings on JD.com and the official website the Z6 Pro is said to sport a 4,000mAh gaming-grade battery, Qualcomm's Snapdragon 855 SoC with PC level liquid cooling system. The pre-order listing lists 6GB, 8GB and 12GB RAM variants of the device. It is also expected to have 5G support.

Lenovo VP Chang Cheng has posted multiple teasers about this device on Weibo and has also posted a screenshot from AnTuTu of the Lenovo Z6 Pro which has scored an impressive 403,077 points. The device is scheduled to launch on April 23, so we will have more details as well as the price of the Lenovo Z6 Pro very soon.