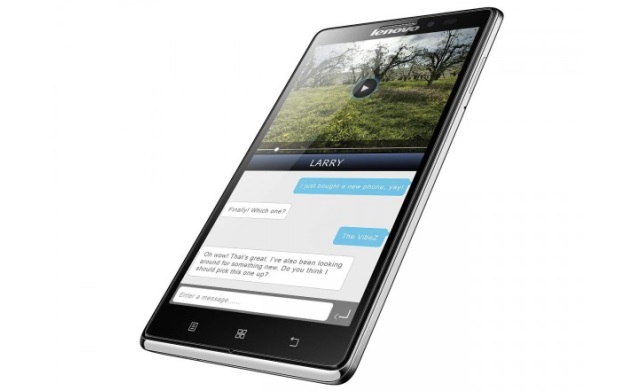 Lenovo Vibe Z smartphone is now up for pre-order in India at the company's online store for Rs. 34,999.

The official Lenovo store notes that the Vibe Z will be delivered in 8 to 10 days, though no word on exact availability dates.

The Chinese handset giant is offering a free Vibe Z smart touch cover worth Rs. 2,039 with every pre-order of the handset. Notably, the company announced the Vibe Z in India at Rs. 35,999 in February, saying it would be available later in the month.

The smartphone made its international debut at the Consumer Electronics Show (CES) 2014 with a February availability announced for various countries like Indonesia, Malaysia, Thailand, Saudi Arabia, United Arab Emirates and the Philippines. 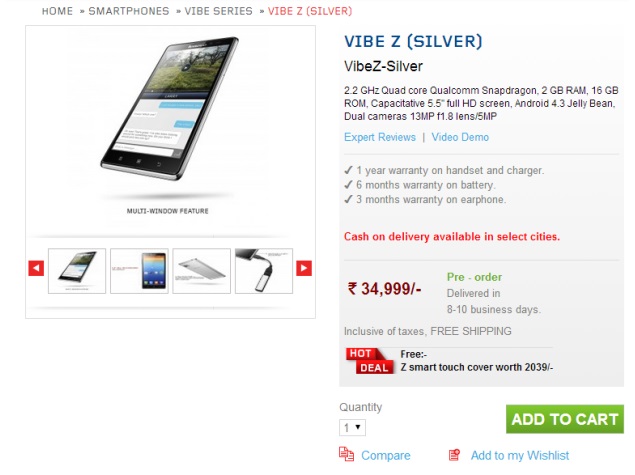 The Lenovo Vibe Z will be available in single SIM variant in India, according to the official site and will support micro-SIM instead of a regular-sized one.

The smartphone runs Android 4.3 Jelly Bean out-of-the box with no word on OTA (over-the-air) update to Android 4.4 KitKat. It features a 5.5-inch full-HD (1080x1920) IPS display. The Vibe Z is powered by a 2.2GHz Qualcomm Snapdragon 800 (MSM8974) processor, the same processor found on devices such as Samsung Galaxy Note 3 and Sony Xperia Z1. The Vibe Z comes with 2GB of RAM and 16GB of built-in storage with no added slot for microSD expansion.

The Vibe Z sports a 13-megapixel autofocus rear camera with f/1.8 aperture and dual-LED flash. It also houses a 5-megapixel fixed focus front-facing camera. The Lenovo Vibe Z measures 149.1 x 77 x 7.9 mm and is powered by a non-removable 3000mAh battery which can deliver up to 648 hours of standby time and up to 33 hours of talktime. Connectivity options on the device include Bluetooth, Wi-Fi, Micro-USB, A-GPS and 3G.

The official listing was first spotted by Gizbot and the device is available in two colour variants - Titanium and Silver.