Lenovo is all set to unveil a new smartphone at its launch event scheduled for March 20. An executive from the Chinese electronics giant has posted a teaser image of what is supposedly an invite for an event for the same date. Apart from the launch date, the invite reveals that it would be a handset from Lenovo's 'S' series of smartphones. Another teaser, released recently, suggests that this upcoming phone will be powered by ZUK's proprietary ZUI skin on top of Android.

In a post on Weibo, Lenovo executive Chang Cheng uploaded an invite for the launch event on March 20. While the exact name was not revealed in the invite itself, the post mentioned it had been posted "from Lenovo S5" suggesting the launch of a smartphone by the same name. In fact, he has been reported to be using the same handset for posts dating back to February end. Another teaser, posted by Cheng, reveals that this phone will run ZUK's ZUI software. 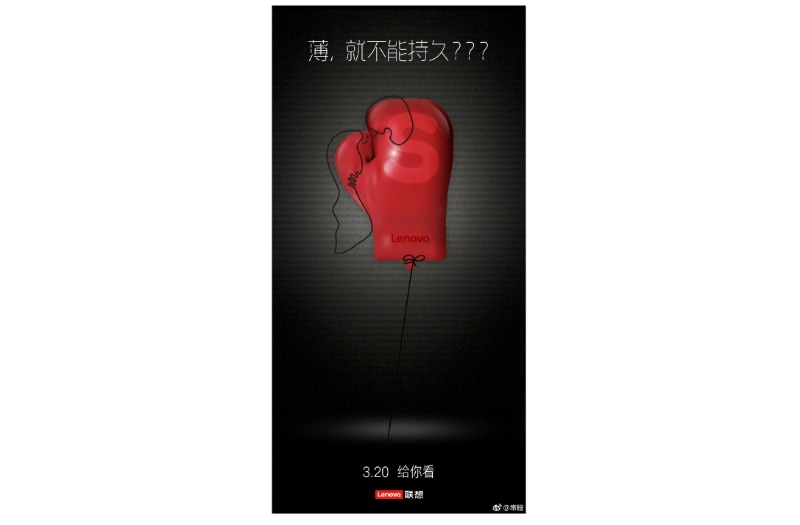 Recently, Cheng had also posted photos of the alleged Lenovo S5 that shows a reflective metal body with a curved design. Other than that, rumoured specifications suggest the phone will have a 6000mAh battery although there is no confirmation on the same. We can expect the phone to be placed in the company's mid-range price segment. There are currently no pricing or availability details around the phone though we can expect to get clarity in the days following up to the launch.

Lenovo has been on hiatus for a long time and is expected to make a comeback with the Lenovo S5. There is no update on if and when this unannounced phone will make its way to India.