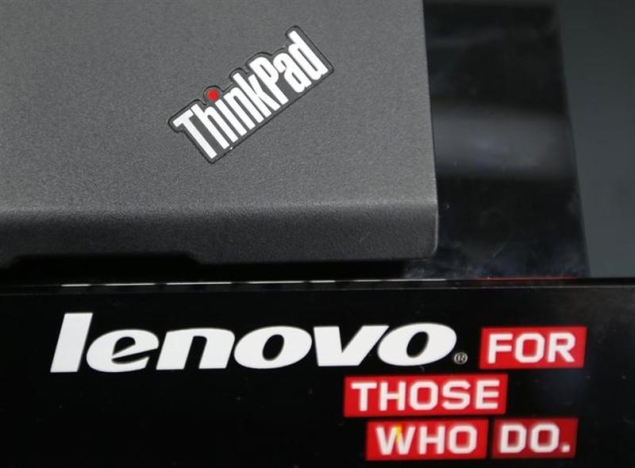 The company, vying with Hewlett-Packard Co. to become the world's biggest PC maker, said it earned $205 million in the three months ending in December. Revenue rose 12 percent to $9.4 billion, also a record.

The results reflect a rapid shift in global consumer tastes toward mobile services. That is forcing traditional technology leaders to scramble to roll out new products and diversify into services as well as hardware.

Sales by Lenovo's mobile and digital home unit soared 77 percent to $998 million, though that was only 11 percent of total revenue.

The company said its smartphone business in China was profitable for the first time and handsets were launched in India, Indonesia, Russia and other markets. Shipments of media tablets rose 77 percent to 800,000 units.

"The strong performance of our mobile Internet business is a significant strength that we believe will help us drive sustainable growth even in challenging market conditions," said chief financial officer Wong Wai Ming in a conference call with reporters.

Lenovo shipped 9.4 million smartphones during the quarter, all but about 400,000 of them in China, according to chairman Yang Yuanqing. He said the smartphone business outside China is "still in the first stage" and Lenovo needs to invest to gain market share before focusing on profitability.

Revenues in the bigger but slower-growing PC market rose 7 percent to $7.9 billion.

Lenovo, which is based in Beijing and in Research Triangle Park, North Carolina, warned PC demand "remains challenging" due to weakening global economic conditions but said it plans to expand its cloud, services and other businesses.

In its home China market, PC shipments rose 2 percent, down from the previous quarter's 8 percent. Lenovo said that was still better than an industry-wide decline of 2 percent in China, raising its market share by 1.4 percentage points to a record 36.7 percent.

Shipments in the United States and the rest of North America rose 11 percent over a year earlier.

Lenovo released a new version of its ThinkPad notebook computer, the X1 Carbon, in August that it said was lighter and quicker to mimic the convenience of a tablet. Lenovo acquired the ThinkPad brand with IBM Corp.'s personal computer unit in 2005.