Lenovo Phone With 5,180mAh Battery, 4G LTE Support Surfaces on US FCC, May Debut as Phab 3

Lenovo Phab, the first-generation phablet by the company, had debuted in September 2015

Lenovo Phab family, which brought a few phablets - or large screen smartphones - in the past is likely to get a new model that could emerge as the Lenovo Phab 3. The new device has received certification from the US FCC with model numbers PB-6505M and PB-6505MC. These are similar to the model numbers of previous Lenovo Phab versions, including the original Phab and Phab 2 Pro. However, a revelation through the Google Play Developer Console Device Catalog shows that the new model could formally be called the Lenovo Tab V7. Specifications of the device are found to include a full-HD+ display and a Snapdragon 450 SoC, coupled with 3GB of RAM.

The FCC database has added a new Lenovo device with model numbers PB-6505M and PB-6505MC. The online documentation reveals that the device will have a height of 178mm and width of 86mm, along with a diagonal measurement of 198mm. This suggests that there would be a 7.8-inch display.

The US FCC listing also shows that the device will have a 5,180mAh Lithium-Ion battery and comes with dual-band Wi-Fi as well as 4G LTE support. Further, there is FM radio and a microSD card slot for storage expansion. There are also references about a single camera sensor at the back along with a flash module and a fingerprint sensor.

Lenovo has been granted with the certification by the FCC team on January 23. However, it is unclear whether the Chinese giant is ready to launch the new device as the Phab 3. Nashville Chatter first spotted the FCC listing along with some images of the mysterious device. 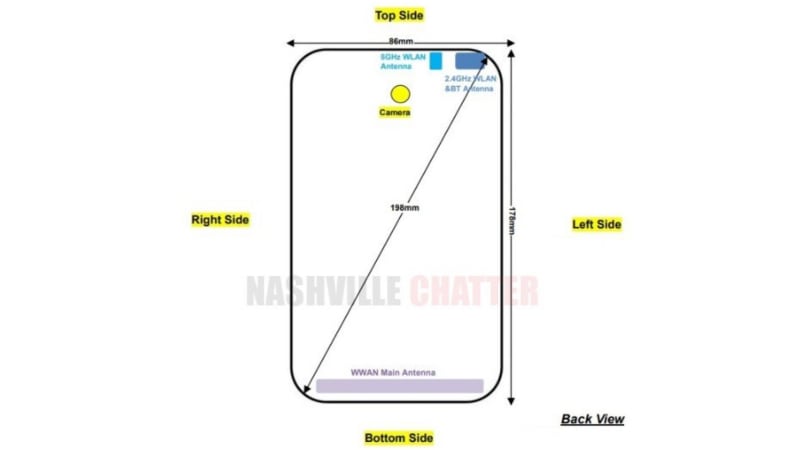 Folks at XDA Developers have managed to spot the device with PB-6505M model number on the Google Play Developer Console Device Catalog as the Lenovo Tab V7. The device is said to be listed by Google Play with a full-HD+ (1080x2160 pixels) display and a Snapdragon 450 SoC, paired with 3GB of RAM. Also, there is reportedly a mentioning of Android 9 Pie.

Lenovo Phone With 5,180mAh Battery, 4G LTE Support Surfaces on US FCC, May Debut as Phab 3
Comment
Read in: हिंदी