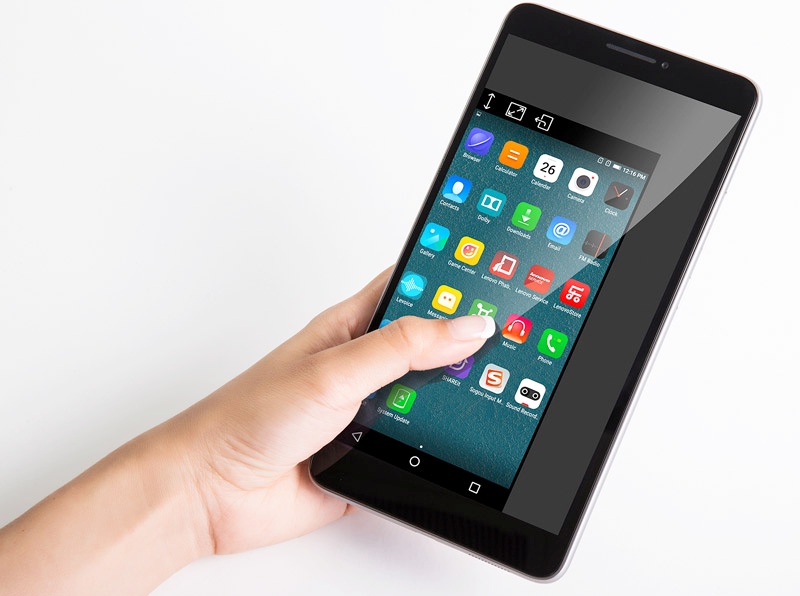 Lenovo has launched its Phab smartphone-tablet hybrid in India. Priced at Rs. 11,999, the phablet is the lite variant of the Phab Plus smartphone that was launched in India in October last year at Rs. 20,990. The Lenovo Phab is for now exclusively available via Flipkart.

To recall, the Lenovo Phab phablet was first unveiled at IFA 2015, while its higher-specced sibling was introduced a few days before that in China.

The dual-SIM (Micro-SIM + Micro-SIM) Lenovo Phab runs Android 5.1 Lollipop and features a 6.98-inch HD (720x1280 pixel) IPS display. It is powered by a 64-bit 1.2GHz quad-core Snapdragon 410 SoC, coupled with 2GB of RAM and 16GB of inbuilt storage that is expandable via microSD card (up to 64GB). Do note that the variant first unveiled last year featured 1GB of RAM.

As for optics, the Phab bears a 13-megapixel rear autofocus camera with flash, and a 5-megapixel front-facing camera. The Lenovo Phab offers 4G LTE support for Indian LTE networks, and also offers Bluetooth 4.0, Wi-Fi 802.11 a/b/g/n, GPS, 3.5mm audio jack, FM radio, and Micro-USB connectivity options. It bears a 4250mAh battery that's rated to deliver up to 24 hours of talk time, and up to 20 days of standby time. The company is also touting Dolby Atmos audio technology.

The Phab weighs 250 grams, and measures 186x97x8.9mm. Currently the smartphone has only been listed in its Tuxedo Black colour variant, though it was launched internationally with Polar White, Aqua Blue, and Cherry Red colour variants as well. Onboard sensors include an accelerometer, proximity sensor, ambient light sensor, and digital compass.