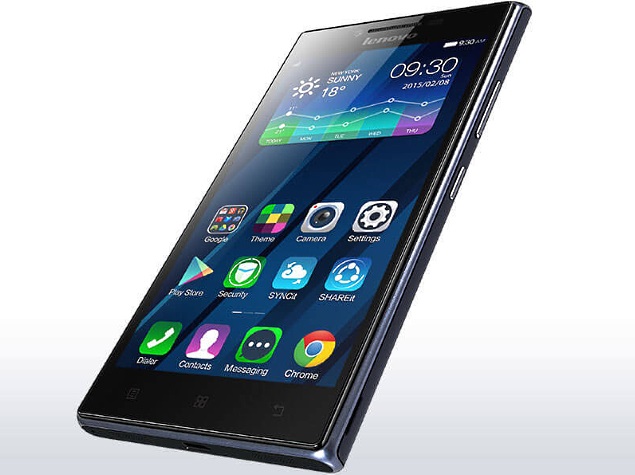 Lenovo has launched the P70 smartphone in China, while the handset has been also listed on the company's site in UAE and Russia.

The Lenovo P70 is now available to buy in China at CNY 1,399 (approximately Rs. 14,000) while there have been no announcements for other markets.

One of the most notable features of the Lenovo P70 is it supports 4G LTE connectivity on a budget and is backed by a large 4000mAh battery which is rated to deliver up to 18 hours of talk time and up to 696 hours of standby time on 3G networks.

The smartphone is powered by a 1.7GHz octa-core MediaTek (MT6752) processor coupled with 2GB of RAM and Mali T760-MP2 GPU. The Lenovo P70 comes with 16GB of inbuilt storage, which is further expandable via microSD card (up to 32GB). It sports a 13-megapixel autofocus rear camera with LED flash while there is a 5-megapixel fixed-focus front-facing camera also on board.

The company also touts that the smartphone's Quick Charge feature allows it get fully charged in 3 hours while a 15-minute charge offers up to 4 hours of talk time. The Lenovo P70 launch was first reported by CNMO and was first picked up by GSMDome.