Lenovo K8 Plus was launched by the company in India on Wednesday, at an event in New Delhi. The smartphone is a Flipkart-exclusive, and follows the Lenovo K8 Note by sporting a dual rear camera setup, a large 4000mAh battery, apart from running stock Android. The K8 Plus also features a dedicated music button on the left panel that controls playback and can be further customised as a launcher. Another highlight of the smartphone is its Dolby Atmos support for better speaker and headphone performance.

Alongside, the company also launched the Lenovo K8, which features several similarities. Unfortunately, no K8 price details have been shared, though Lenovo revealed it would be hitting offline stores soon, and detailed its specifications.

The Lenovo K8 Plus price in India is Rs. 10,999. It will go on sale via Flipkart on Thursday, September 7, at 12pm IST. The smartphone will be available in Venom Black and Fine Gold colour variants. Launch offers include extra 15 percent off on Flipkart Fashion on September 7 and September 8; a BuyBack Guarantee of up to Rs. 5,000; Moto Pulse 2 headphones at a discounted rate of Rs. 599; up to Rs. 10,000 off on exchange of your old phone; up to 30GB of additional Reliance Jio data for Rs. 399 (including Prime for Rs. 99), and a discounted rate on a 5W Bluetooth speaker of Rs. 1,199. 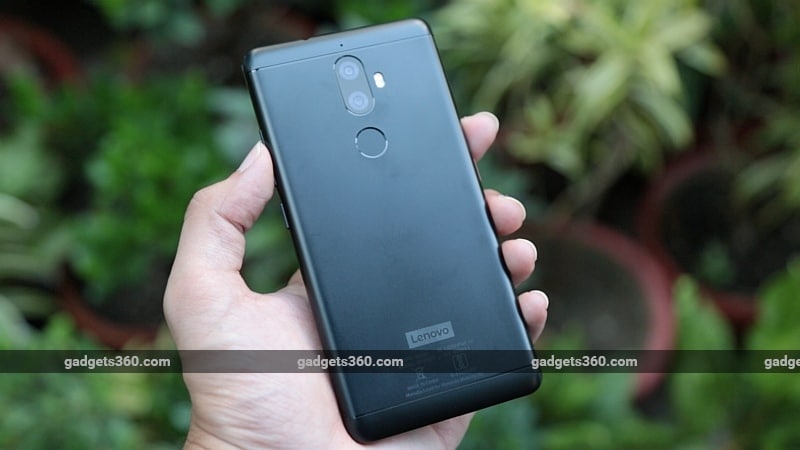 The dual-SIM (Nano-SIM) Lenovo K8 Plus runs Android 7.1.1 Nougat sports a 5.2-inch full-HD (1080x1920 pixels) display with Corning Gorilla Glass protection and brightness rated at 450 nits. The smartphone is powered by an octa-core MediaTek Helio P25 SoC (four cores at 1.69GHz, three cores at 2.3GHz, and one core at 2.6GHz) coupled with 3GB. A 4GB RAM variant, called the Lenovo K8 Plus Holiday Edition, will be launched by the company during the Diwali season. The K8 Plus dual camera setup sports one 13-megapixel Purecel Plus sensor with and a second 5-megapixel depth sensor. Users will also be able to adjust the depth in real-time. On the front, there's an 8-megapixel camera with a 'Party Flash', f/2.0 aperture, and an 84-degree wide-angle lens. It sports a fingerprint sensor on the rear panel, and a metal body. 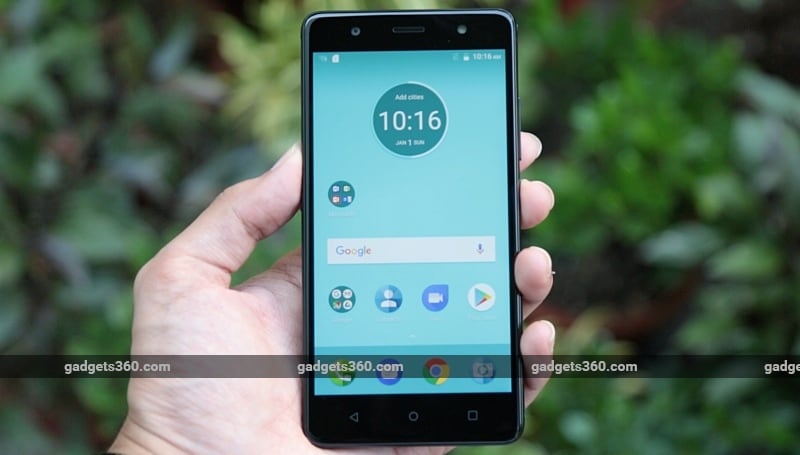 The Lenovo K8 Plus comes with 32GB of inbuilt storage, expandable via microSD card (up to 128GB) with a dedicated slot. Connectivity options on the Lenovo K8 Plus include 4G VoLTE, Wi-Fi 802.11ac, Bluetooth v4.2, 3.5mm headphone jack, GPS/ A-GPS, FM radio, and a Micro-USB port with OTG functionality. Sensors include an accelerometer, ambient light sensor, digital compass, gyroscope, and proximity sensor. It is powered by a 4000mAh battery.

The dual-SIM (Nano-SIM) Lenovo K8 runs Android 7.1.1 Nougat sports a 5.2-inch HD (720x1280 pixels) display. The smartphone is powered by an octa-core MediaTek Helio P20 SoC clocked at up to 2.3GHz, coupled with 3GB of RAM. The K8 sports a single 13-megapixel rear camera with PDAF, dual LED flash, as well as an 8-megapixel front camera coupled with a 'Party Flash'. 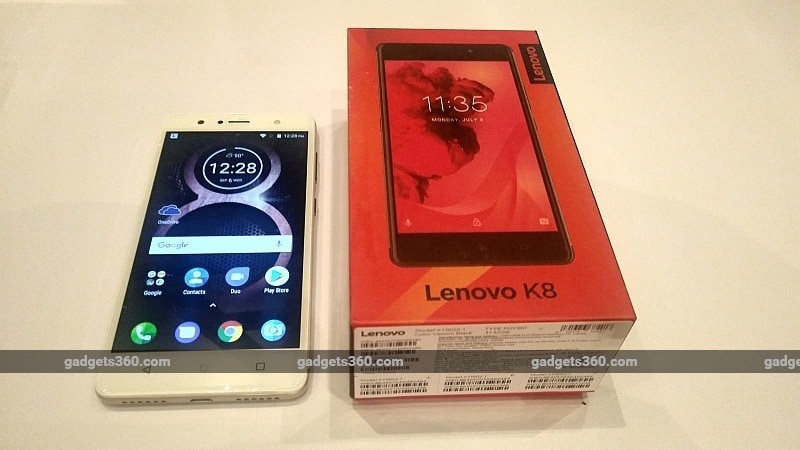