Lenovo K8 Plus India Launch Set for Today, How to Watch Live Stream 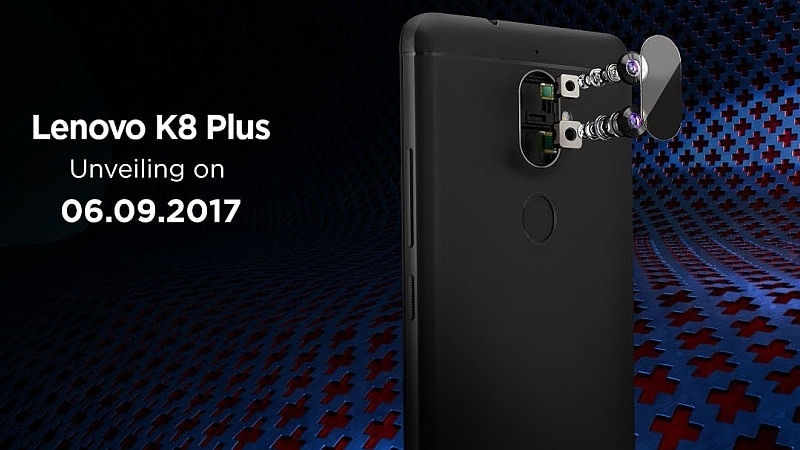 Lenovo K8 Plus, the latest model in the recently launched K8 Series of smartphones, will be launched in India on Wednesday, at an event in New Delhi. The launch is set to kick off at 11:30am IST, and you can live stream it below. So far, not too much is known about the handset. We know it will sport a vertical dual rear camera setup, just like the Lenovo K8 Note (Review) that was launched in India last month. We also know it will be exclusive to Flipkart, something the e-commerce company had revealed last week.

Flipkart had also revealed that the Lenovo K8 Plus will run the latest version of stock Android, carrying forward the new stock Android philosophy that the Chinese company had advocated with the launch of the K8 Note. The latest teaser also confirmed the presence of a fingerprint scanner on the rear panel, apart from LED flash support.

Earlier, the Lenovo K8 Plus was spotted on Geekbench benchmark website, where some of its specifications were revealed. The smartphone has been tipped to run Android 7.1.1 Nougat out-of-the-box. The Lenovo K8 Plus is expected to be powered by a 1.7GHz octa-core MediaTek Helio P25 (MT6757CD) SoC. The benchmark listing of the Lenovo K8 Plus also disclosed that it might sport 3GB of RAM, in addition to aforementioned specs.

With the Lenovo K8 Plus launch just a few hours away, we will soon get to know the features and specifications of the smartphone from the company itself.