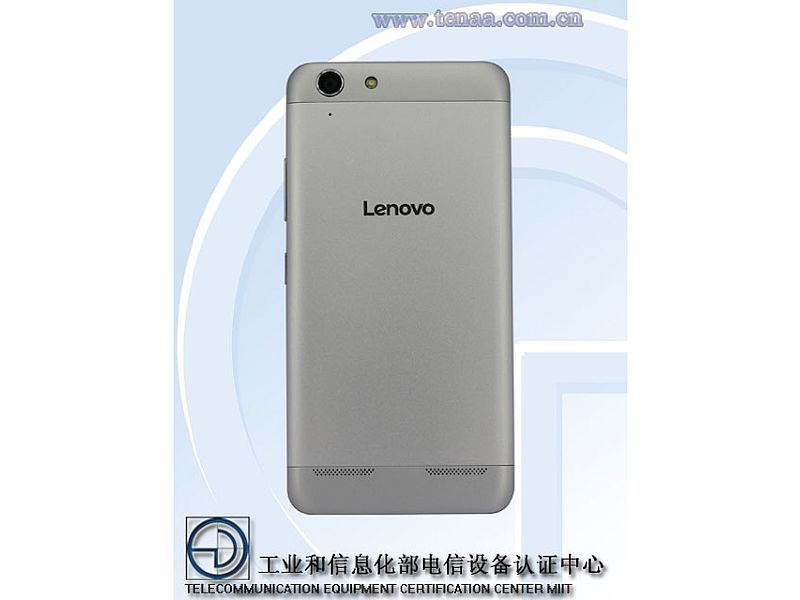 Additionally, the rumoured Lenovo K32c36 smartphone has also passed through another Chinese certification site named CCC (China Compulsory Certification) aka 3C for safety license requirements. The yet-to-be-announced Lenovo K32c36 smartphone was listed on the Chinese telecommunications certification website with images. With a codename like K32c36, it may be a variant of the K3 Note series we've seen from the company, and the name should become clear by launch.

As seen in the images on Tenaa, the K32c36 smartphone appears to sport a metal build. The handset can be seen featuring physical buttons for power and volume controls on the right panel. The rear is seen in the leaked images on Tenaa site featuring primary camera with LED flash and two speakers at the bottom of the back panel.

For specifications, the Lenovo K32c36 is listed on Tenaa to feature a 5-inch (1080x1920 pixels) full-HD display; powered by an octa-core processor clocked at 1.5GHz; 2GB of RAM; 16GB inbuilt storage; expandable storage via microSD (up to 32GB); a 13-megapixel rear camera with LED flash, and a 5-megapixel front-facing camera. It is listed to be 8.2mm thick, and weigh 140 grams. The handset is further seen supporting 4G LTE connectivity. The listing was first reported by TimesNews.

Airtel Says Will Invest Rs. 60,000 Crores to Modernise Its Networks
Jessica Jones Manages to Delight and Disturb at the Same Time