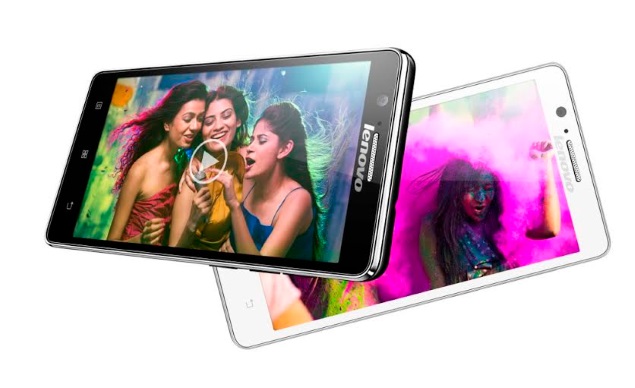 Lenovo has launched the Android KitKat-based A536 budget smartphone in India, priced at Rs. 8,999.

The company has announced that the Lenovo A536 will be available starting Tuesday via the company's online Do Store and from physical retail stores.

The Lenovo A536 is a dual-SIM device and runs the recent Android 4.4 KitKat out-of-the-box. It features a 5-inch FWVGA (480x854 pixels) IPS display. The smartphone is powered by a 1.3GHz quad-core MediaTek (MT6582) processor coupled with 1GB of RAM. It comes with 8GB inbuilt storage which is further expandable via microSD card (up to 32GB).

The smartphone features a 5-megapixel rear autofocus camera with LED flash, while it also houses a 2-megapixel front-facing camera. The rear camera on the Lenovo A536 includes features such as scene detection, tuning, high dynamic, HDR, face recognition, Panorama and geo tagging.

The A536 from Lenovo also includes a 2000mAh Li-ion battery that is rated to deliver up to 15 hours of usage time and up to 300 hours of standby time. The smartphone will be available Black and White colour variants only. It comes with dimensions 139.5x72x9.95mm and weighs 148 grams.

Lenovo will be also launching a new smartphone at this year's IFA, called the Vibe X2. The smartphone is thought to run Android L, with the company sending lollipop-featuring invites for its September 4 pre-IFA 2014 event.