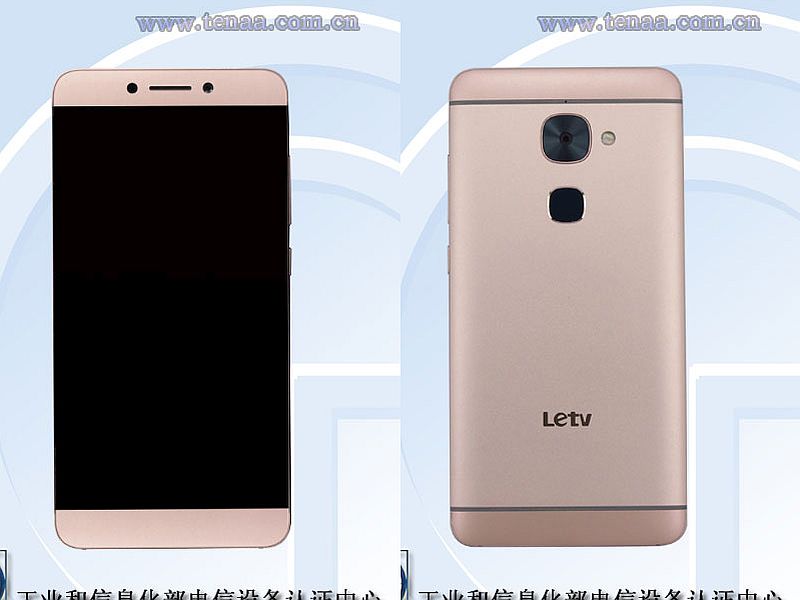 LeEco (previously called LeTv) has been rumoured to be working on the successor of the Le 1s for weeks now. The anticipated smartphone, believed to be dubbed Le 2, appears to have passed Tenaa, the Chinese telecommunications certification authority.

The Tenaa listing of a smartphone codenamed Le X621 (thought to be the Le 2) reveals some high-end specifications and tips the design in images. The LeEco Le 2 front panel looks identical to its predecessor though the back panel has received various changes. Unlike the Le 1s, the Le 2 features a rear camera on the centre of the back panel, instead of a corner. The circle-shaped fingerprint scanner on the Le 1s has also received slight tweak, and is closer to a square-shaped offering now.

The back panel sports the company logo at the bottom, while the smartphone looks to feature a metal build. According to the listing, the Le 2 features a 5.5-inch full-HD (1080x1920 pixels) display and seems to be powered by a deca-core MediaTek Helio X20 chipset. The handset is said to feature 3GB of RAM and include 32GB of storage. On the camera front, the Le 2 is listed to sport a 16-megapixel rear camera and an 8-megapixel front camera. The listing says that the smartphone supports 4G LTE and packs a 3000mAh battery. It measures 151.1x74.1x7.7mm and weighs 153 grams. The handset is seen listed running Android 6.0 Marshmallow but there is no word on the EUI skin running on top.

Based on preliminary leaks, the fingerprint scanner on the Le 2 is said to gain some improvements - claimed to be of "ultrasonic variety". The handset is again said to sport a USB Type-C port. We can expect to hear more about the LeEco Le 2 smartphone in future.