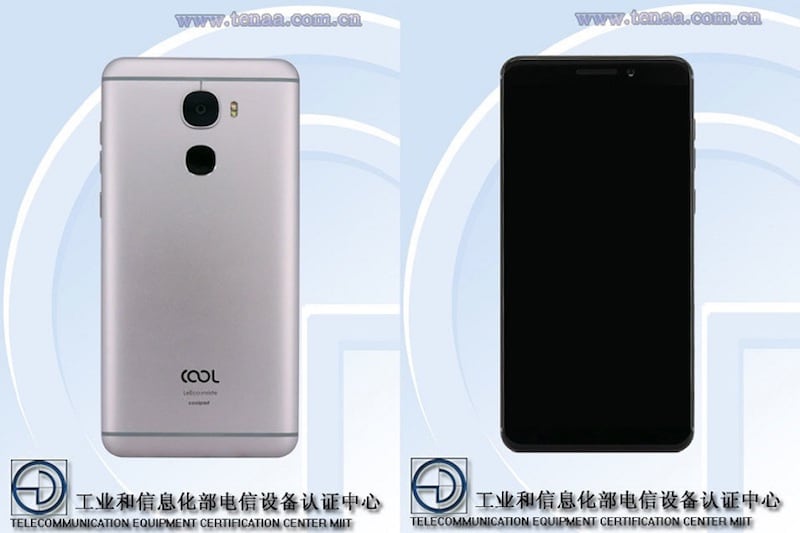 LeEco and Coolpad in August announced the Cool series with the launch of their first joint handset, the Cool1 Dual. The partnership between the two companies began when LeEco's CEO Jia Yueting took over as Coolpad's Chairman in August. After launching the Cool1 Dual, it looks like the two brands are ready with their next Cool smartphone, which is reportedly simply called Cool. The new Cool smartphone recently passed through China's certification website TENAA.

According to the TENAA listing spotted by GizmoChina, the Cool smartphone will feature a 5.5-inch 1080p display powered by a 2.35GHz Snapdragon 821 coupled with 4GB/ 6GB RAM options. The device will supposedly be offered in 32GB, 64GB, and 128GB storage variants. The Cool smartphone will run Android 6.0 Marshmallow.

While the Cool1 Dual came with a dual rear camera setup, the Cool smartphone will be seen with a single 16-megapixel rear camera and an 8-megapixel front shooter. A big 4000mAh battery will power the device.

With LeEco partnering with Coolpad, you can also expect some of LeEco's design language to seem into the Cool series. The new Cool smartphone's design looks similar to the Le Pro 3 that was launched by LeEco in September. However, instead of a brush finish metal on the Le Pro 3, the Cool smartphone's back looks clearer. As per the leaked design, the lower part of the back features the Cool logo with 'LeEco Inside' written just below. Like we mentioned earlier, the rest of the smartphone looks similar to the Le Pro 3.

Nothing more about the device is known as of now. As the device has been certified, one can expect the launch of the Cool smartphone soon enough. More details regarding specifications and pricing will be known once the device goes official.