While Xiaomi is expected to be preparing to launch its next flagship smartphone, the Mi 5, this year apart from a bigger variant dubbed Xiaomi Mi 5 Plus, a Chinese website claims to have obtained the roadmap for Xiaomi launches for the rest of 2015, along with some of their specifications.

The purported roadmap (see below) posted by Mobile-Dad also shows the 2015 device line-up of Huawei, another Chinese brand. If the roadmap is to be believed, Xiaomi, after launching the Mi 4i in India last month, will launch the Xiaomi Mi 4s in June. The Xiaomi Redmi Note series will get a successor named the Redmi Note 2 in July; while the roadmap hints that a Xiaomi Redmi Note Pro is also on the cards to be launched in the same month. 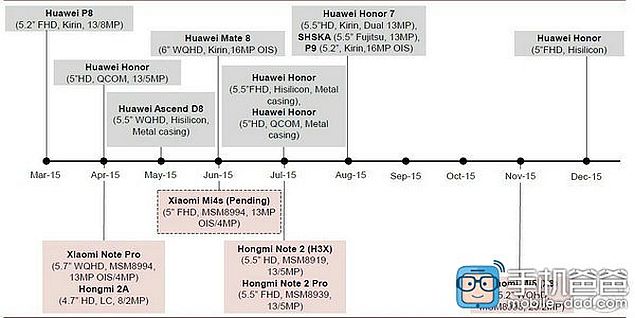 The purported roadmap also claim that the Mi 5 will launch in November, contradicting an earlier report that claimed the Mi 5 Plus alongside the Mi 5 will launch in July. The November launch of the Mi 5 might be planned to counter new Apple iPhone sales that usually begin by mid-October and are at the peak during November. It's worth mentioning that the leaked roadmap doesn't mention any details about Mi 5 Plus hinting that smartphone might be just a rumour and won't materialise. It is said to feature a 5.2-inch QHD (1600x2560 pixel) display, a Snapdragon 820 SoC, and 20.2-megapixel rear camera. 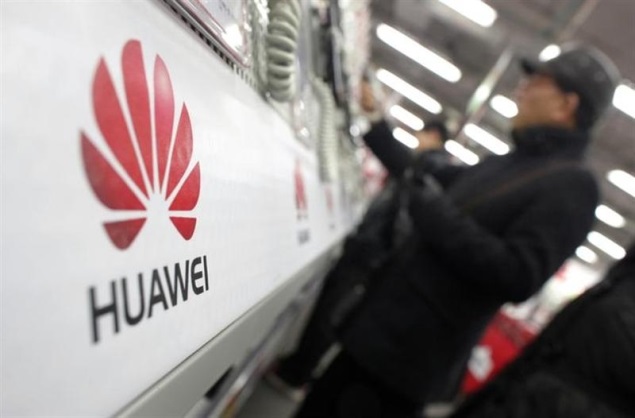 Unfortunately, specifications, pricing, and availability details of these smartphones are limited at the moment though we expect more information to arrive when launch nears.