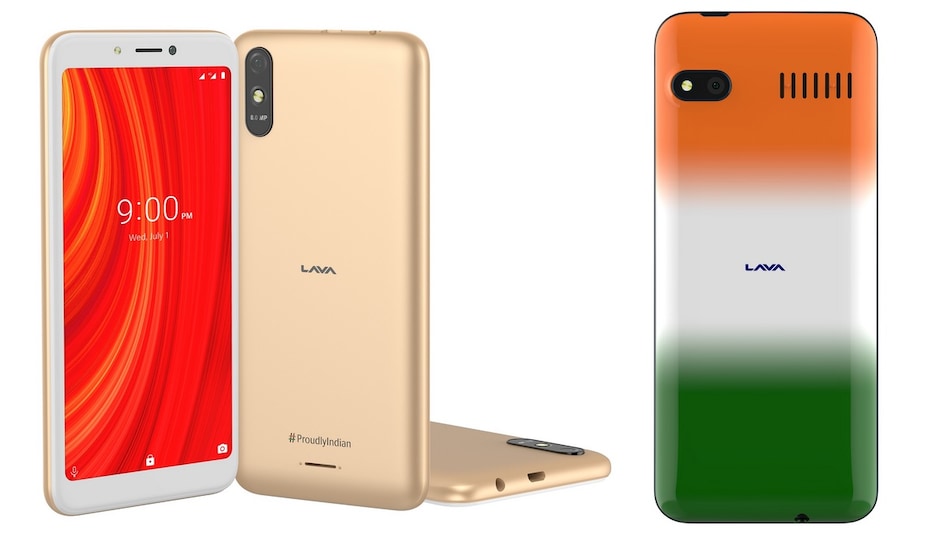 Lava Z61 Pro, Lava A5, and Lava A9 have got ‘ProudlyIndian' special edition variants in India to celebrate the nation's 74th Independence Day. These limited-edition phones bring aesthetic changes, including an embossed #ProudlyIndian logo on the back or tri-colour inspired rear cover. The Lava Z61 pro, that made its debut in July this year, comes with the #ProudlyIndian logo on its Champagne Gold variant while the other two phones get tri-colour back panels. The company says all three models will be available soon through outlets and e-commerce platforms.

The Lava Z61 Pro is priced at Rs. 5,777 for the sole 2GB + 16GB variant and comes in a Champagne Gold colour variant that has #ProudlyIndian logo on the back, as mentioned earlier. It was originally launched in early July in two colour variants — Amber Red and Midnight Blue — with the Champagne Gold variant added later.

The dual-SIM Lava Z61 Pro features a 5.45-inch HD+ display with relatively thick bezels on the top and bottom. It has an 18:9 aspect ratio. The phone is powered by a yet-unknown 1.6GHz octa-core processor paired with 2GB of RAM and 16GB of internal storage. It supports microSD card (up to 128GB) for further expansion.

In terms of cameras, the Lava Z61 Pro has an 8-megapixel rear sensor and a 5-megapixel selfie camera. The connectivity options include Bluetooth 4.2, Wi-Fi, GPS, USB OTG support, a Micro-USB port, and Face Unlock support. The Lava Z61 comes with a 3,100mAh battery.

The dual-SIM Lava A5 has a 2.4-inch QVGA (240x320 pixels) display and a single 0.3-megapixel camera on the back. The device's memory can be expanded up to 32GB. It comes with Bluetooth connectivity and a 1,000mAh battery that the company claims can last up to three days. The phone measures 123x51x12.85mm.

The dual-SIM Lava A9 feature phone has a 2.8-inch QVGA (240x320 pixels) display and a 1.3-megapixel camera on the back. You get 4MB RAM and memory expansion up to 32GB. The Lava A9 comes with Bluetooth connectivity, FM and a 3.5mm headphone jack. It is backed by a 1,700mAh battery that the company claims can last up to six days. The phone measures 131x56.9x12mm.