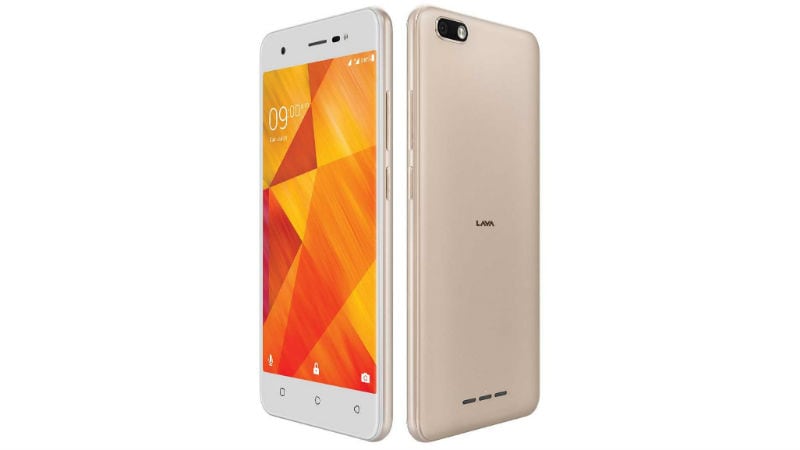 Lava on Thursday expanded its Z-range of smartphones with the launch of a new model - the Lava Z60s. The company has six smartphones in its Z-series. While the Lava Z60, Lava Z70, Lava Z80, and Lava Z90 were launched in October last year, the Lava Z91 and Lava Z61 was unveiled earlier this year. The Lava Z60s price in India has been set at Rs. 4,949. The key highlights of the Lava Z60 successor are 'Sharp Click' camera, 2,500mAh battery, 1GB of RAM, 1.5Ghz quad-core processor, and Android Oreo (Go edition). Notably, the smartphone will also be available in a 2GB RAM variant starting next month. The new Lava Z60s also comes with a 'Sharp Click' technology that the company says will enable users to capture "even the smallest details."

Commenting on the launch, Gaurav Nigam, Head of Product, Lava International, said, "Our Z60 smartphone gained unprecedented popularity with our consumers in a short time. Following an overwhelming response to Z60; we are now pleased to offer its power packed successor - Z60s. Our go-to-market strategy is aligned with creating value for our customers through improvisation based on constant customer feedback, our Z60s is a true testimony to that. We are sure that Z60s will surpass the success of Z60 and emerge as the most loved smartphone."

The Lava Z60s has been priced at Rs. 4,949 in India. It will be available in more than 75,000 retail outlets in Black and Gold colour options. The smartphone also comes with a special launch offer of one-time screen replacement for free. Notably, the offer is applicable on the Lava Z60s till November 15, 2018.

Additionally, buyers of the Lava Z60s can avail a Rs. 2,200 cashback offer from Reliance Jio. As a part of the offer, Jio users will get the instant cashback with the purchase of the smartphone. The cashback will be credited in the form of 44 cashback vouchers of Rs. 50 that can be used for the recharge of Rs. 198 and Rs. 299 plans from the telco. These vouchers will be available inside the MyJio app. This offer is applicable to both existing and new Jio customers.

In terms of optics, as mentioned, the Lava Z60s comes with a 'Sharp Click' technology. The smartphone features a 5-megapixel autofocus rear camera and a 5-megapixel front camera. Both the cameras come with Bokeh Mode and LED flash. The Lava Z60s is equipped with 16GB of inbuilt storage, expandable via microSD (up to 64GB). Connectivity options include 4G VoLTE, Wi-Fi 802 b/g/n, Bluetooth 4.0, GPS/ A-GPS, FM radio, and a 3.5mm headphone jack. Sensors on board the handset include accelerometer, ambient light sensor, and proximity sensor.

Can Tech Giants Work Together Against Their Common Enemies?