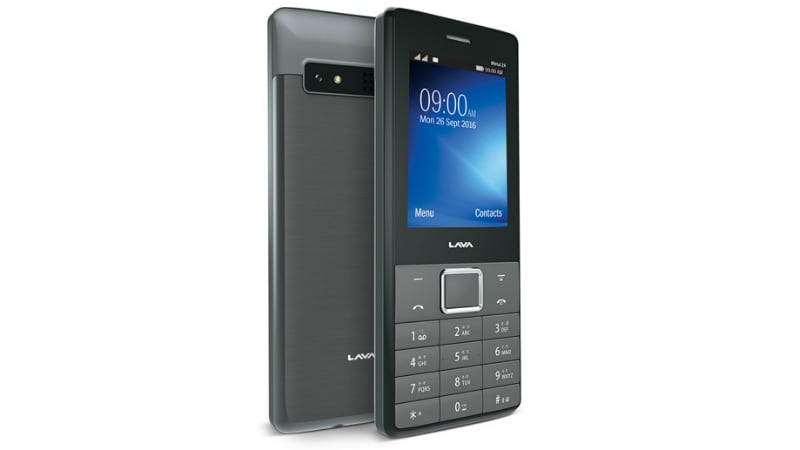 After the X50+ smartphone, Lava has decided to launch a new feature phone into the market. The Indian smartphone company launched the Lava Metal 24, expanding its 'Metal series' of feature phones. The device is priced at Rs. 2,000, and the highlights are its full metal body, and dual-SIM support (GSM + GSM). The Lava Metal 24 will be made available across national retail stores and multi brand outlets.

As for the specifications, the Lava Meta 24 features a 2.4-inch QVGA (240x320 pixels) screen. It is powered by a MTK6261D processor, and supports memory expansion up to 32GB through a microSD. At the rear, there is a 1.3-megapixel rear camera with flash which supports video recording and digital zoom as well.

The Lava Metal 24 packs a 1000mAh Li-on battery to keep the lights on, and will be made available in Gunmetal and Black colour variants. It is equipped with FM with recording and a 3.5 mm audio jack port. The handset has preloaded game apps like 'Snake' and 'Need of Speed'. Other connective options include Bluetooth 3.0, Internet browsing (EDGE), and USB-PC port. The Lava Metal 24 measures in at 122x51x11mm.

The device comes with a manufacturer warranty for one year, along with six-month warranty for the in-box accessories which include battery, headset, charger and a USB Cable. The Lava Metal 24 offers English and Hindi in-built language support. The device offers 200 SMS memory and 500 Phone Book memory. It also has the auto call recording feature, with a dedicated folder to store records.