Lava has launched the refreshed version of its Iris Pro 30 smartphone in India, called the Iris Pro 30+, priced at Rs. 11,990.

The Iris Pro 30+ is available to buy from physical retail stores across India and will be available online starting August 26 via Amazon, where it will be sold bundled with a 16GB microSD card. The smartphone is also listed on the company's website.

The Iris Pro 30+ is a dual-SIM (GSM+GSM) device and runs the dated Android 4.2 Jelly Bean out-of-the-box. Considering that Lava has now launched several Android 4.4 KitKat-powered smartphones, such as the Lava Iris 460 and Lava Magnum X604, as well as rolled-out a KitKat update for the Iris 504Q+, it's quite disappointing that the Iris Pro 30+ still runs an older version of Android. 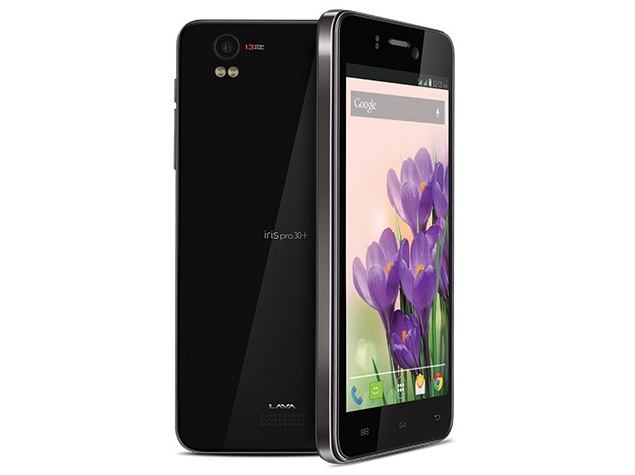 It sports a 13-megapixel autofocus rear camera with dual-LED flash, while it also housing a 3-megapixel front-facing camera. The Iris Pro 30+ includes 16GB of inbuilt storage which is further expandable via microSD card (up to 32GB). The smartphone offers GPRS/ EDGE, 3G, Wi-Fi 802.11 b/g/n, Bluetooth 4.0, GPS, A-GPS and Micro-USB and OTG connectivity options.

The Lava Iris Pro 30+'s predecessor, the Iris Pro 30, was launched in January this year. Both the smartphones feature similar specifications besides the rear camera resolution, processor and inbuilt storage.