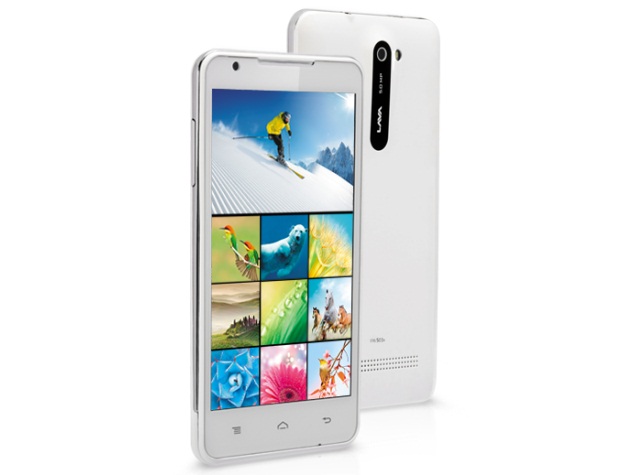 A new Lava budget Android smartphone - the Lava Iris 503e - has been made available via an online retailer at Rs. 6,749. The smartphone has been listed on the company's official site, but for now, Lava has not provided availability or pricing details.

The Lava Iris 503e is the budget iteration of the previously launched Lava Iris 503 smartphone, which was priced at Rs. 9,999.

The Lava Iris 503e runs on Android 4.2 Jelly Bean, and additionally comes with dual-SIM (WCDMA+GSM) standby support, which implies 3G support. However, both the company and online retailer listings say it does not support 3G.

It features a 5-inch FWVGA (480x854 pixel) display with a 16 million colours gamut. The Iris 503e is powered by a 1.2GHz dual-core (unspecified chipset) processor coupled with 512MB of RAM.

The Iris 503e comes with a 3-megapixel rear camera along with a LED flash support and a 1.3-megapixel front-facing camera selfies and video chats. The handset supports an additional 32GB expansion via microSD with 4GB of inbuilt storage on the device, from which less than 2GB will be available to users.

Various connectivity options on the Lava Iris 503e include Bluetooth, EDGE, GPRS, Wi-Fi (including hotspot functionality), and GPS. The Lave Iris 503e packs a 2000mAh Li-Ion battery that can offer up to 7 hours (2G) of talk time, and doesn't specify standby time. The smartphone measures 143.2x73.3x10.45 mm and weighs 175 grams.

The Lava Iris 503e has been listed on eBay India.

The Iris 503e comes pre-installed with games like Assassin's Creed and CricketFever, and Lava service apps like Lava Care, Lava Zone with few social media apps and others.
Affiliate links may be automatically generated - see our ethics statement for details.
Advertisement