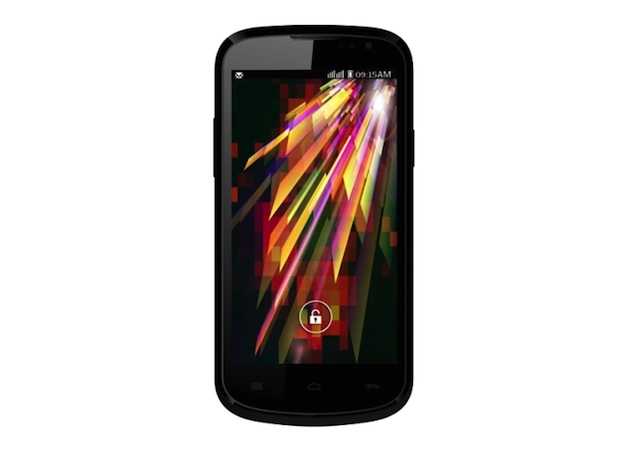 The phone is the cheapest quad-core processor phone available in the market at this point in time. However, it has 512MB of RAM so it probably won't be one of the smoothest performing ones.

The Lava 458q features a 4.5-inch screen with a resolution of 480x854 pixels. It runs Android 4.2 Jelly Bean, the latest iteration of the operating system.

The phone sports an 8-megapixel rear camera with LED flash and a VGA front facing camera. It offers 4GB of internal storage expandable via microSD card. The phone offers 3G, Wi-Fi and Bluetooth 3.0 connectivity options. The Lava 458q has a 2,000mAh battery.

It would be available across all major online and offline retail stores.

Earlier this month, Lava had launched Iris 455 and Iris 405 smartphones. Priced at Rs. 8,699, the Lava Iris 455 sports a 4.5-inch 540x960 pixels capacitive display and runs Android 4.1 (Jelly Bean). It is powered by a 1GHz dual-core processor along with 512MB of RAM. The smartphone packs in 4GB of internal storage, which can be expanded by another 32GB via microSD card and connectivity options include 3G, Wi-Fi, Bluetooth and GPS. The Lava Iris 405 is priced at Rs. 7,499 and comes with a smaller 4-inch 480x800 pixels display. It is also powered by a 1GHz dual-core processor and runs Android 4.1 (Jelly Bean).