Lava, after launching the Flair P1 and Flair E1 in India, has added another smartphone in the series - the Lava Flair Z1. Priced at Rs. 5,699, the budget smartphone will be available to buy exclusively via Snapdeal from Thursday.

The Android 5.0 Lollipop-based Lava Flair Z1 is a definite upgrade over the Flair P1 and Flair E1 handsets based on the set of specifications it features. The dual-SIM mobile device sports a 5-inch FWVGA (854x480 pixels) resolution TFT display and is powered by a 1.3GHz quad-core processor (unspecified), clubbed with 1GB of RAM.

The handset houses a 5-megapixel rear camera with LED flash that comes with HD recording, grid feature, photo timer, and HDR mode, among others. Also included is a 2-megapixel front-facing camera. The Flair Z1 comes with 8GB of inbuilt storage, which can be further expanded via microSD card (up to 32GB). In the connectivity section, the smartphone offers 3G, Wi-Fi, USB 2.0, GPS, and Bluetooth 2.1 options. 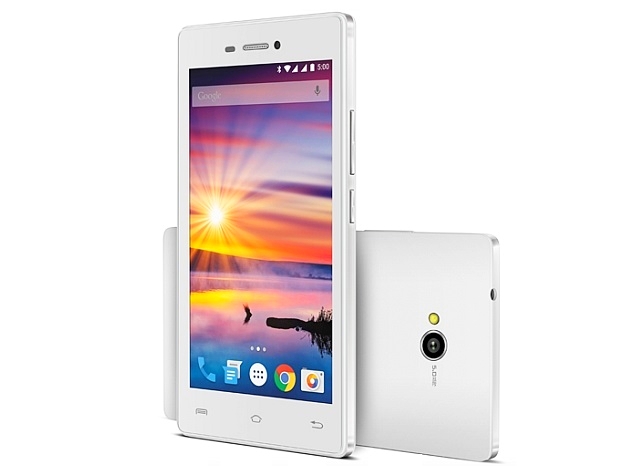 The smartphone can prove to be a worthy rival of Intex Aqua Y2 Power, which was launched earlier this week. The smartphone comes with more or less the same set of innards. Although it features a larger 2900mAh battery, it falls behind the Flair Z1 when it comes to processor, RAM and display size. The Aqua Y2 Power is priced at 4,490.