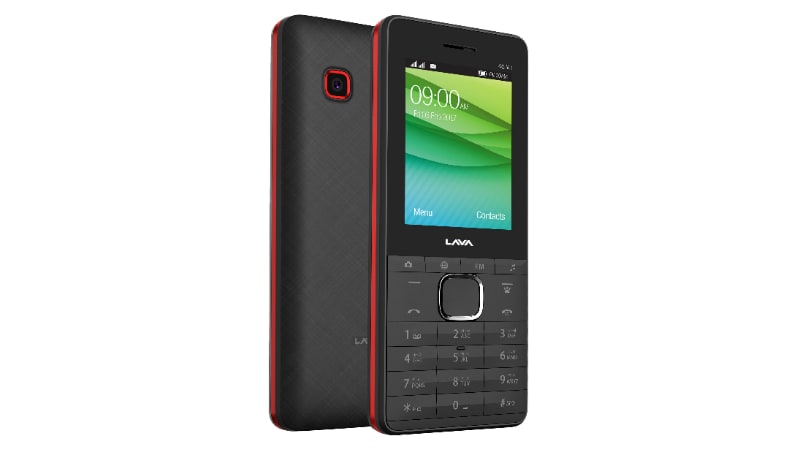 Lava on Monday launched 4G VoLTE-enabled feature phone in India, the Lava 4G Connect M1, priced at Rs. 3,333. The company says the feature phone will be available via retail stores in India in a few weeks' time.

The domestic mobile brand said the Lava 4G Connect M1 is "the very first 4G-enabled smart feature phone in India". The company looks to be capitalising on the popularity of 4G services in the country, especially VoLTE voice-calling services that are being offered by the newest entrant to the telecom industry - Reliance Jio. Notably, Reliance Jio is reportedly also gearing up to launch its own series of 4G VoLTE-enabled feature phones.

The Lava 4G Connect M1, unlike most feature phones, comes with a decent amount of memory and processing power. It is powered by a 1.2GHz quad-core processor (unspecified chipset) coupled with 512MB of RAM. It runs on a 1750mAh battery, and bears a VGA camera. Lava says that apart from 4G, the feature phone supports 2G voice calling and EDGE connectivity.

The company says the Lava 4G Connect M1 "combines the experience of a smartphone and the durability, affordability and battery backup of a feature phone." The phone is preloaded with Facebook Lite as well as messaging applications. The handset's polycarbonate body strengthens its durability

Commenting on the launch, Gaurav Nigam, Head - Product, Lava International said, "At Lava, we strive to think ahead of the curve w.r.t product innovation and the launch of Lava 4G Connect M1 is a step forward in this direction. The launch of this smart feature phone, we believe, will create possibilities for users as they will now be able to consume digital content and even do digital transactions. Furthermore, a sizeable segment of feature phone users in India who use their phone to only make calls will now be able to access the internet; to their advantage; and that too at affordable price."