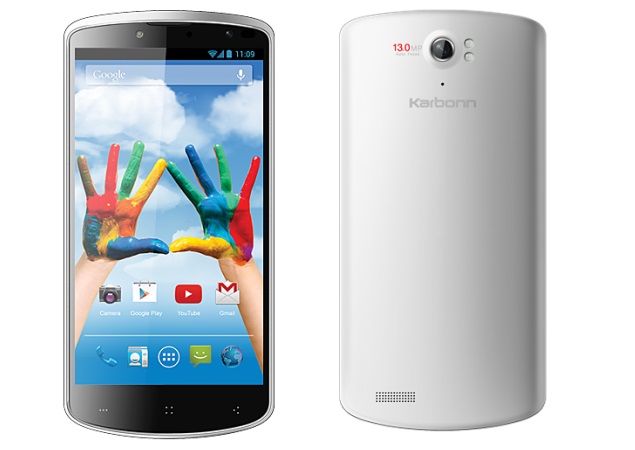 Karbonn has unveiled its latest smartphone in India, the Titanium X priced at Rs. 18,490. Previously, in early November, the domestic handset maker had posted a teaser image of the Titanium X on its official website without pricing.

The Karbonn Titanium X runs Android 4.2 Jelly Bean out-of-the-box. Notably, the smartphone is a single SIM device with support for a micro-SIM.

The Titanium X features a 5-inch full-HD (1080x1920) IPS display, and is powered by a quad-core 1.5GHz processor coupled with 1GB of RAM. The smartphone sports a 13-megapixel rear autofocus camera with dual-LED flash, and also houses a 5-megapixel front-facing camera. It includes 16GB of inbuilt storage, which is further expandable up to 32GB via microSD card.

On the connectivity front, the smartphone includes NFC support, which will make the Titanium X the first 'affordable' smartphone from an Indian brand to sport this feature. The smartphone is backed by a 2300mAh battery, which is rated to deliver up to 6 hours of talktime, and up to 240 hours of standby time. The Karbonn Titanium X includes a host of sensors that include proximity sensor, G sensor, magnetic sensor, gyro sensor, and light sensor.