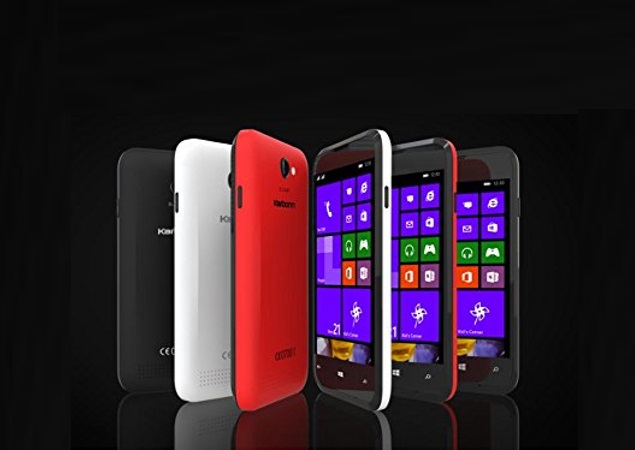 Karbonn seems all set to introduce its first Windows Phone-based smartphone, the Titanium Wind W4, as it is now available on an e-commerce website at Rs. 5,999.

An earlier report had claimed that the popular handset maker will be launching Windows Phone devices in the price range of Rs. 6,000 to Rs. 12,000. No announcements have been made by Karbonn about the official launch of the smartphone.

It features a 4-inch WVGA (480x480 pixels) LCD display and is powered by a 1.2GHz quad-core Qualcomm (most probably the Snapdragon 200) processor alongside 512MB of RAM.

The Karbonn Titanium Wind W4 sports a 5-megapixel rear autofocus camera with LED flash, while it also houses a 0.3-megapixel front-facing camera. The smartphone includes 4GB of inbuilt storage which is further expandable up to 32GB via microSD card.

The smartphone is currently available in White colour variant only at Amazon India.

It's worth pointing that Microsoft's most affordable Windows Phone 8.1 handset is the Lumia 530 Dual SIM retailing at Rs. 7,349. Xolo also joined the Windows Phone bandwagon and launched its first smartphone, the Win Q900s, priced at Rs. 9,999.