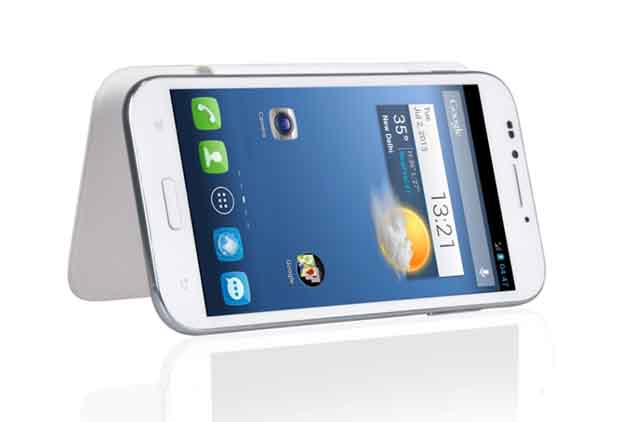 Karbonn Titanium S9 sports 5.5-inch HD IPS display. It is powered by 1.2GHz quad-core processor along with 1GB RAM. The smartphone packs in 16GB of internal storage, which can be expanded by up to 32GB via microSD card.

For camera, there is a 13-megapixel rear camera with LED flash and 5-megapixel front shooter to click self-images and do video chats. It is a dual-SIM smartphone that comes with 2,600mAh battery. Karbonn Titanium S9 runs on Android 4.2 (Jelly Bean).

The smartphone supports 3G, Wi-Fi and Bluetooth connectivity. It also comes with G-Sensor, proximity sensor, and ambient light sensor. To sweeten the deal, the company is offering a free flip cover along with the purchase of this smartphone, which is available for Rs. 19,990.

Commenting on the launch, Shashin Devsare, Executive Director, Karbonn, said, "The Karbonn Titanium S9 is the most exciting revolution to have come from Karbonn till date. The launch of the device initiates our foray into the HD IPS smartphone category wherein we seek to satiate the consumer needs with the best-in-class technological innovations. We understand the emergent needs of consumers of smartphone devices which look brilliant and work effortlessly. Thus in this regard, our product innovation is geared towards creating an eco-system of mobile devices, which bring the best of smartphone experience to them."