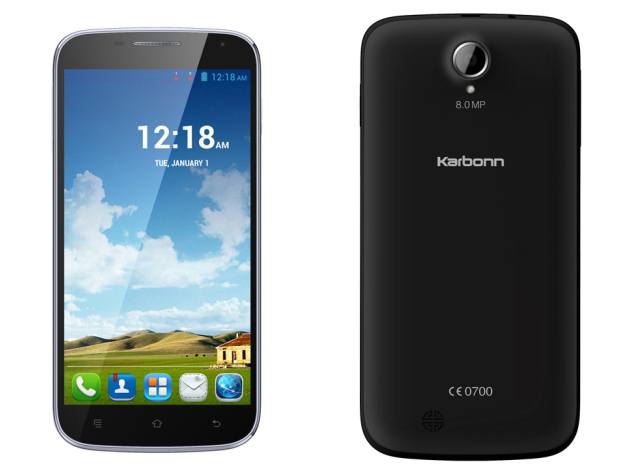 Karbonn seems to be preparing to launch a new smartphone in its Titanium S series, called the Karbonn Titanium S9 Lite, which has now been listed at an online retailer website at a discounted price of Rs. 8,990 (MRP is listed at Rs. 9,990).

The Titanium S9 Lite features a 5.5-inch qHD (540x960 pixel) display and is powered by a 1.3GHz quad-core (unspecified chipset) processor coupled with 512MB of RAM. The smartphone comes with an 8-megapixel rear camera along with LED flash support and there is a 2-megapixel front-facing camera also onboard.

The Titanium S9 Lite packs a 2100mAh Li-Ion battery and is listed at Snapdeal in a Black colour variant. The listing was first spotted by fonearena.

The Karbonn A50s is powered by a dual-core 1.2GHz processor, coupled with 256MB of RAM. It sports a 2-megapixel rear camera with LED flash, while there is a 0.3-megapixel front-facing camera also onboard.