The smartphone is powered by a 1.3GHz quad-core MediaTek (unspecified chipset) processor coupled with 1GB of RAM. It comes with 4GB of inbuilt storage, which is further expandable via microSD card (up to 32GB). It sports an 8-megapixel rear camera with LED flash, while there is a secondary 2-megapixel front-facing camera also onboard.

On the connectivity front, the Titanium S5 Ultra offers 3G, GPRS/ EDGE, Wi-Fi 802.11 b/g/n, Micro-USB, and Bluetooth options. The smartphone packs a 2000mAh battery with no word on talk time and standby time. The smartphone is currently available on eBay in Black colour variant. 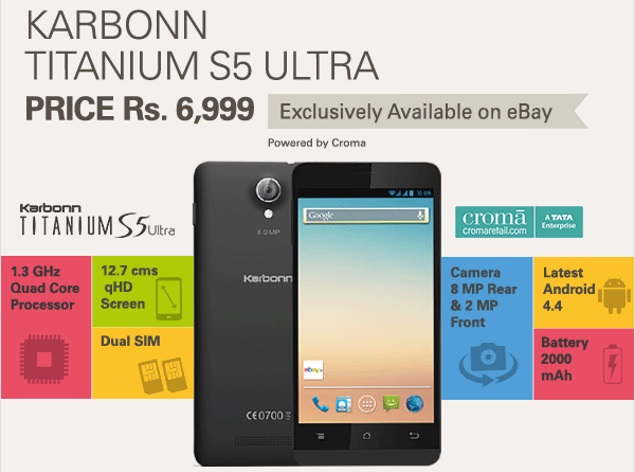