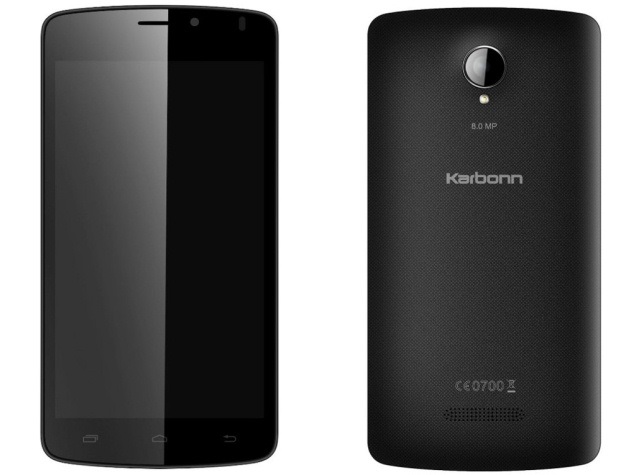 Soon after the launch of the Karbonn Titanium S5 Ultra, another sub-Rs. 10,000 smartphone, the Titanium S10 from Karbonn has gone on sale in India, priced at Rs. 7,990.

The Karbonn Titanium S10 is now available via an e-commerce website, and notably had been briefly listed by the same retailer last week. No announcements have been made by Karbonn about the official launch of the smartphone.

The smartphone comes with an 8-megapixel rear camera along with LED flash support and there is a 2-megapixel front-facing camera also onboard. It supports an additional expansion via microSD card (up to 32GB), apart from the 4GB of inbuilt storage.

Connectivity options on the handset include 3G, Wi-Fi, Bluetooth, GPRS/ EDGE and GPS. It also comes with a G-sensor, proximity sensor, and an ambient light sensor. The Titanium S10 packs an 1850mAh battery and is listed on Snapdeal in a Black colour variant.