A new Karbonn budget smartphone, dubbed S15, is now available to buy at a price tag of Rs. 3,830. The smartphone maker is yet to announce the handset officially or list it on its website.

The Android 4.4 Kitkat-based dual-SIM (GSM+GSM) Karbonn S15 is seen featuring a 4-inch WVGA (480x840 pixels) display, and is powered by a 1.2GHz quad-core processor (unspecified) coupled with 512MB of RAM.

The Karbonn S15 comes with 4GB of inbuilt storage, which is further expandable via microSD card (up to 32GB). It sports a 3.2-megapixel rear camera with LED flash, while there is a secondary 0.3-megapixel front-facing camera also onboard. On the connectivity front, the S15 offers 3G, GPRS/ EDGE, Wi-Fi 802.11 b/g/n, FM radio, Micro-USB, and Bluetooth options. 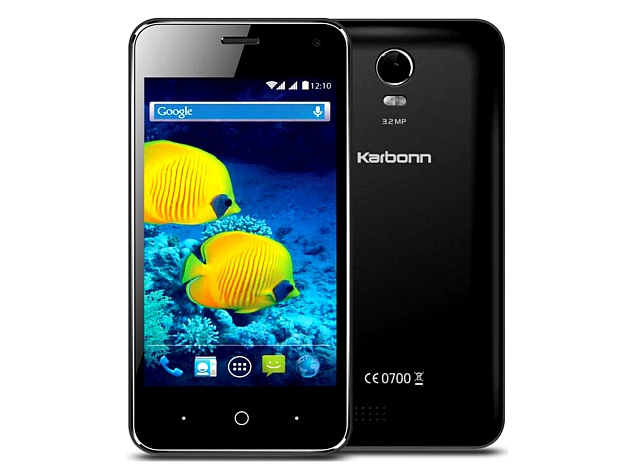 Featuring DTS surround sound audio technology, the smartphone packs 1500mAh battery with no word on talk time and standby time. The Karbonn S15 is listed in Black and White colour variants, and was first spotted by Fonearena.

The S15, when launched, might prove to be competition to the Lava Iris 465, which launched earlier this month at Rs. 4,499. The handset features similar specifications like mentioned above for Karbonn S15. The Iris 465's highlight is its support for 21 Indian languages.