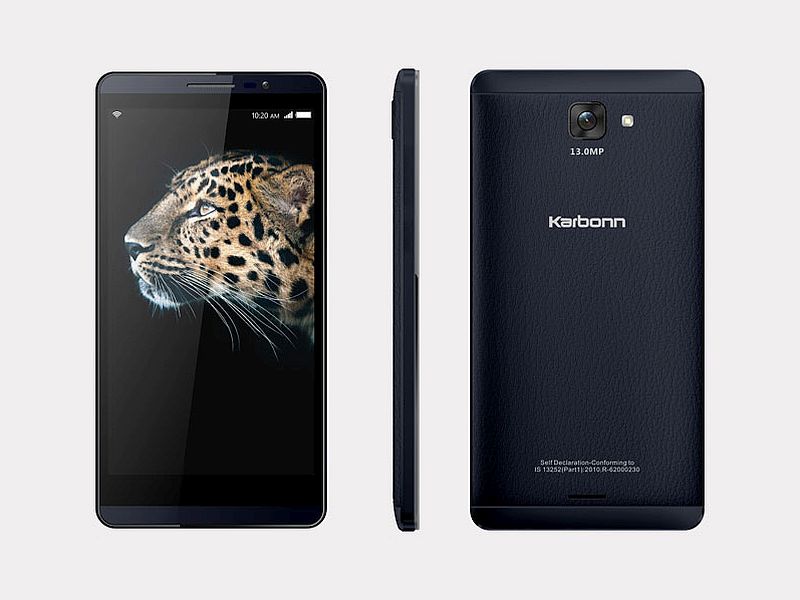 Karbonn has introduced a new smartphone in India, the Quattro L55 HD. The handset is listed on the company's site without pricing or availability details. We can expect the handset to go on sale soon.

The budget handset is backed by a 2700mAh Li-Po battery, which is rated to deliver up to 130 hours of standby time, 9 hours of talk time, and Karbonn claims it takes up to 4 hours to completely charge. As for the connectivity, the Karbonn Quattro L55 HD supports 4G LTE bands in India - FDD-LTE Band 3 (1800MHz), Band 5, and TDD-LTE Band 40 (2300MHz). The smartphone also supports VoLTE (voice over LTE) with HD voice call compatibility, the highlight of the handset. Other connectivity options include Bluetooth, Wi-Fi (dual band), GPS, and Micro-USB.

The domestic handset maker had earlier this month unveiled the Karbonn Aura Power smartphone at Rs. 5,990. The company had claimed that it was targeting the "growing 4G subscriber base" with its Aura Power smartphone. Backed by a 4000mAh non-removable battery, the handset offered up to 17 hours of talk-time and up to 1200 hours of standby time.

Planning to Sell Goods Online? Here are All the Taxes You Need to Know About
Pokemon Go: Spanish Police Issue Safety Tips for Players