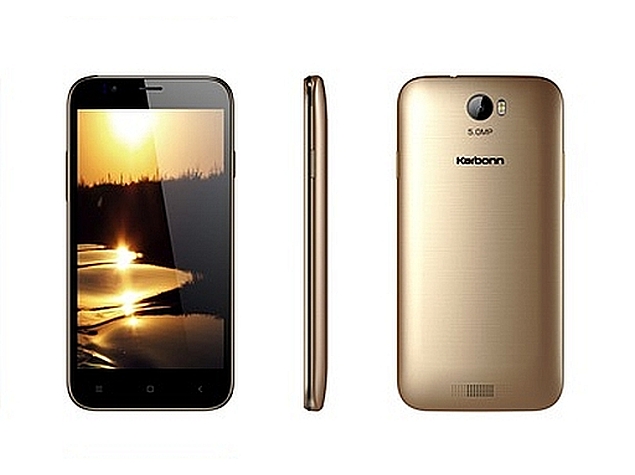 Karbonn on Wednesday launched the Aura smartphone, priced at Rs. 4,990. The budget-friendly smartphone is available to buy from leading retail stores.

The Karbonn Aura runs Android 4.4 KitKat and features a 5-inch IPS (unspecified resolution) display. It is powered by a 1.2GHz quad-core processor (unspecified chipset) coupled with 512MB of RAM.

The handset sports a 5-megapixel rear camera with LED flash, along with a 2-megapixel front-facing camera. The Aura comes with 8GB of inbuilt storage, which is further expandable via microSD card (up to 32GB). Connectivity options on the Karbonn Aura include 3G, GPS, Wi-Fi 802.11 b/g/n, FM radio, Micro-USB, and Bluetooth 4.0. It is backed by a 2000mAh battery.

The firm in April launched the Alfa A120 smartphone, priced at Rs. 4590. The smartphone features a set of specifications, most of which match with that of the Karbonn Aura. While the Alfa A120 edges over Aura on battery and processor, the Aura comes with better front-facing app and inbuilt storage.