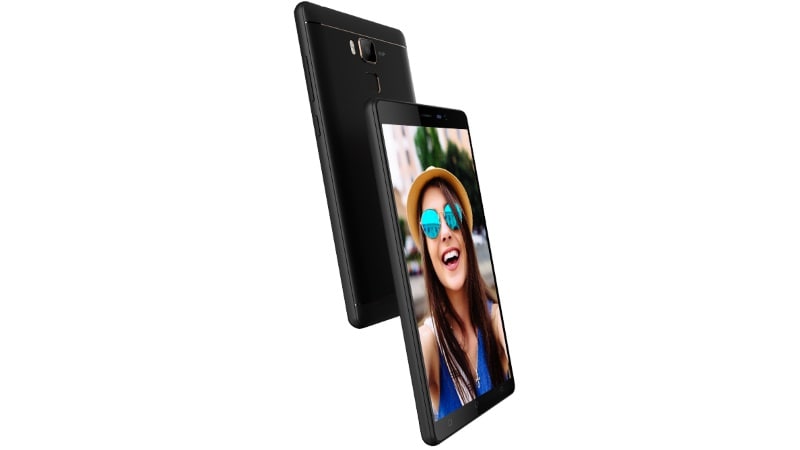 Karbonn Mobiles on Thursday launched its Aura Note Play smartphone with 3300mAh battery in India at Rs. 7,590. The smartphone is already available for purchase in India and can be bought through offline retail stores in the country. Notably, the affordable smartphone comes with support for 4G VoLTE.

Coming directly to the specifications, the Karbonn Aura Note Play runs Android 7.0 Nougat out-of-the-box and sports a massive 6-inch HD (720x1280 pixels) display. It is powered by a 1.3GHz quad-core processor coupled with 2GB of RAM. In terms of optics, the smartphone comes with an 8-megapixel rear camera sensor that's tagged with LED flash, apart from a 5-megapixel camera at the front for taking selfies.

The Karbonn Aura Note Play comes with 16GB of built-in storage, which is further expandable via microSD card (up to 32GB). As mentioned earlier, the smartphone houses a massive 3300mAh battery. The connectivity options offered by the Karbonn Aura Note Play include 4G LTE connectivity, Bluetooth, Wi-Fi 802.11 b/g/n, OTG, and Micro-USB. It measures 161.3x84.9x8.6mm and weighs 214 grams.

Commenting on the launch, Shashin Devsare, Executive Director, Karbonn Mobiles said, "We, at Karbonn, are committed to innovation and bringing the best technology to our consumers. With the launch of Aura Note Play, we dwell deeper into providing value added services that are relevant to our customers which also creates a differentiating factor for our device in its segment. We are extremely delighted to announce the launch and will continue to strive and bring in such technological innovations for consumers in future as well."