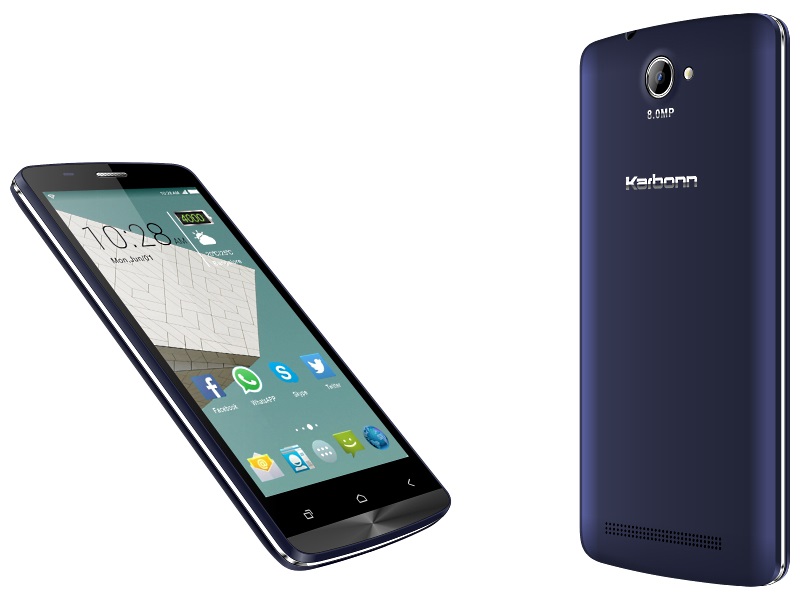 Karbonn has launched the Aura 9 smartphone in India at Rs. 6,390, and says smartphone is now available to buy in the country.

The dual-SIM Karbonn Aura 9 runs Android 4.4 KitKat. It features a 5-inch FWVGA (480x854 pixels) IPS display, and is powered by a 1.2GHz quad-core processor coupled with 1GB of RAM. The handset features 8GB of built-in storage that is further expandable via microSD card (up to 32GB).

It sports an 8-megapixel rear camera with LED flash, aside from a 5-megapixel front-facing camera. Connectivity options include 3G, Wi-Fi, GPRS/ EDGE, Bluetooth v3.0, and Micro-USB.

The Karbonn Titanium Mach Five sports an 8-megapixel rear camera with LED flash, as well as a 5-megapixel front-facing camera with LED flash. It comes with 16GB of inbuilt storage that is expandable via microSD card (up to 32GB). The smartphone is 8.7mm thick, weighs 159 grams, and is powered by a 2200mAh battery.