Karbonn A16 and Karbonn A99 budget Android smartphones available online 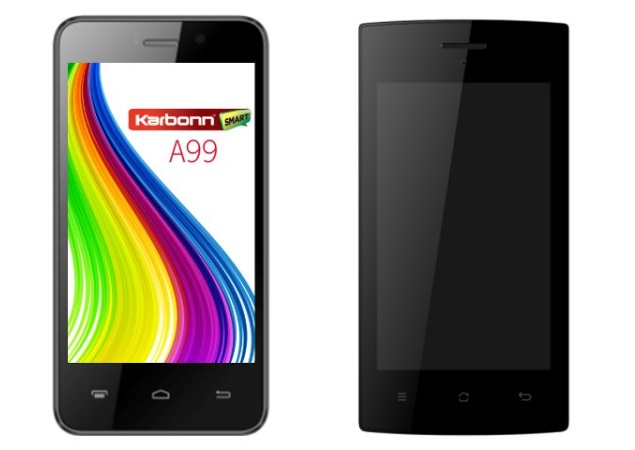 Other specifications of the two budget smartphones include 4-inch WVGA (480x800 pixels) display, dual-core 1.3GHz processor, 512MB of RAM, 4GB of inbuilt storage further expandable up to 32GB with microSD card, a 5-megapixel rear camera, and a VGA front-facing camera. Both the handsets, the Karbonn A16 and Karbonn A99, run Android 4.2 Jelly Bean out-of-the-box.

Some preloaded apps included on both the devices are UC Browser, Opera Mini, Kingsoft Office, Karbonn Live, WhatsApp and Flipboard.

Prior to this, Karbonn rolled out the Smart A51 budget device for Rs. 3,499. The Android 4.0 Ice Cream Sandwich-based Karbonn Smart A51 features a 3.5-inch TFT LCD display with 320x480 pixels resolution. It is powered by a 1GHz processor, though chipset has not been specified in the listing and includes 256MB of RAM. It is a dual-SIM (GSM+GSM) device with dual standby time. There is a 3.2-megapixel rear camera accompanied by an LED flash while there is a VGA front-facing camera. It runs on a 1,100mAh battery, though standby time and talktime have not been detailed.