Karbonn A12+ with Android 4.2 available online, Karbonn A18+ listed as well 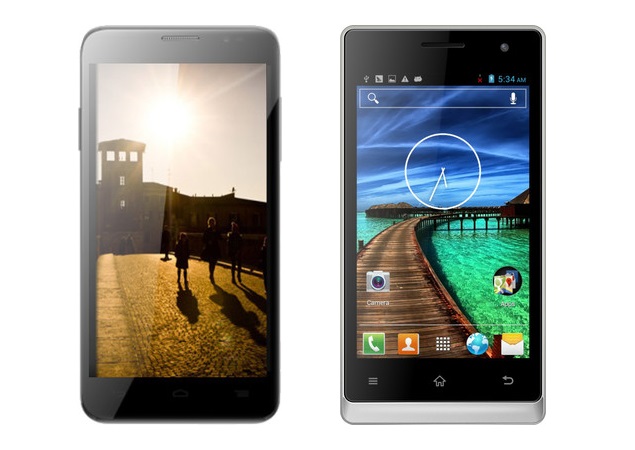 The Karbonn A12+ comes with 4-inch WVGA (480x800 pixel) IPS display and is powered by 1.3GHz dual core processor along with 512MB of RAM. It comes with 4GB of inbuilt storage (1.24GB user-accessible) which can be further expandable up to 32GB with microSD card. It is a dual-SIM device (GSM+GSM) with one SIM supporting 3G networks while the other one supporting 2G networks.The Karbonn A12+ runs Android 4.2 Jelly Bean and packs a 1400mAh battery. It sports a 5-megapixel rear camera accompanied by an LED flash while there is a VGA front-facing camera as well.

On the other hand, the Karbonn A18+ is a 5-inch phablet with FWVGA (480x854) display which runs Android 4.2 Jelly Bean. The device is powered by 1.3GHz dual core processor (unspecified chipset) and 512MB of RAM. It sports a 5-megapixel rear camera with LED flash and also houses a 1.3-megapixel front-facing camera. It packs a 2000mAh battery which can deliver up to 12 hours of talktime and up to 320 hours of standby time. There is 4GB of inbuilt storage which can be further expanded up to 32GB with the help of microSD card. It is a dual-SIM device with support for GSM+GSM.

Last week, Karbonn A16 and Karbonn A99 budget Android smartphones were available online.