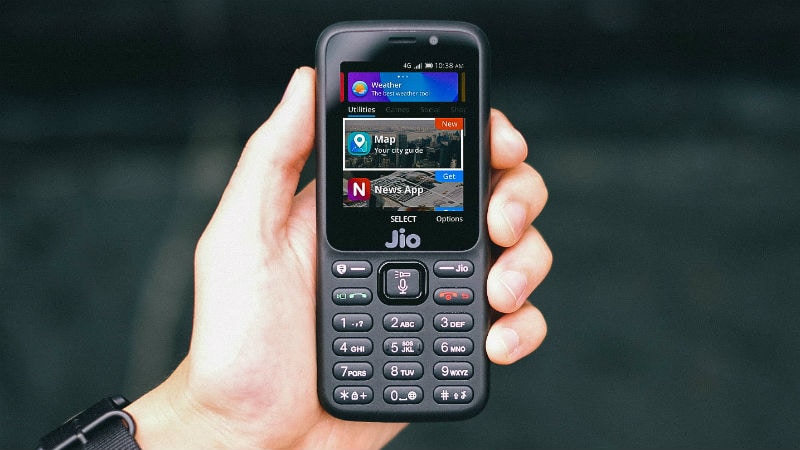 KaiOS Technologies, the makers of emerging alternative operating system KaiOS, which is a forked-version of Firefox OS, on Tuesday at MWC 2018 in Barcelona announced its partnership with Unigroup Spreadtrum & RDA, Airfind, Facebook, Google, Twitter, Doro, HMD Global, Micromax, NXP, and Qualcomm to develop new experiences on feature phones. The San Diego-based company also revealed that the current version of its platform, KaiOS 2.5, will be supported on Spreadtrum's 4G-supporting SC9820E and 3G device solution SC7731E later this quarter. The latest mobile operating system will additionally get compatibility for devices with as little as 256MB and 512MB RAM options.

The tie-up with Airfind, Facebook, Google, and Twitter will enable KaiOS to offer various third-party apps on feature phones. KaiOS Technologies is set to bring Google Voice Assistant, Google Maps, and Google Search soon on Nokia 8110 4G. These apps are also expected to reach other KaiOS devices, including the Alcatel OneTouch Go Flip and Jio Phone that both are so far the only devices running the lightweight operating system. Similarly, the company is set to leverage its fresh collaboration with manufacturers such as Bullitt, Doro, HMD Global, and Micromax to expand the bouquet of KaiOS-based feature phones. Micromax already announced that it will bring KaiOS devices to Sri Lanka and UAE. The partnership with NXP, Spreadtrum, and Qualcomm, on the other hand, will help KaiOS to have compatible components to provide technologies such as embedded Secure Element (eSE), NFC, and 4G LTE.

As with other feature phone operating systems, KaiOS is designed to deliver a performance-efficient experience on mobile devices. Therefore, KaiOS Technologies has brought Spreadtrum and Qualcomm on board that will enable KaiOS 2.5 on their newest chipsets that work with 256MB and 512MB RAM options.

"Thanks to the backbone of our partner's high-performance chipsets, KaiOS is bringing a whole new generation of affordable devices to life," said Sebastien Codeville, CEO, KaiOS Technologies. "Going forward, we'll intensify our efforts with Spreadtrum and strengthen our product portfolio in the 3G and 4G market."

KaiOS was launched last year, months after the discontinuation of Firefox OS for smartphones. The platform received a mass-level coverage through Reliance's Jio Phone that as per a recent CMR report emerged as the market leader in the feature phone segment in the fourth quarter of 2017 with 27 percent share.