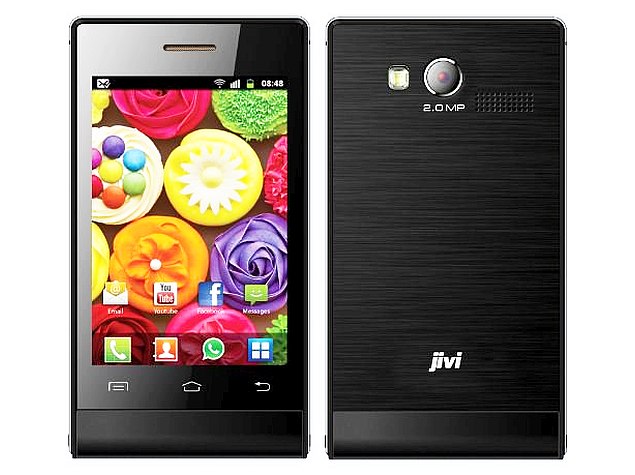 Feature phone maker Jivi on Thursday launched its first smartphone, which is 'extremely affordable' at Rs. 1,999, aimed at the masses.

The New Delhi-based firm, which expects to sell about 200,000 units of the device, claims this is the cheapest Android-based smartphone available in the country.

"The intent was clear. We want to make available a good quality smartphone at an extremely affordable price, we are doing this on very thin margins," Jivi Mobiles CEO Pankaj Anand told PTI.

He added that the firm will bring newer devices in the coming weeks powered by the latest Android KitKat operating system.

Earlier this week, another domestic firm Intex had launched an Android 4.4 KitKat powered smartphone, the Aqua T2. for Rs. 2,699 via Flipkart, claiming it was the cheapest KitKat-based smartphone in the country.

"This is an entry-level device for those looking to upgrade. This is in sync with Prime Minister Narendra Modi's Digital India initiative," he said.

Asked how the company intends to reach users, who may not have access to Internet to purchase online, Anand said the firm will conduct on ground activities to help them.

"We will have people on ground, across colleges and other places to help people purchase the phone. Also, we will launch newer devices offline as well, this is just the beginning," he added.

The Indian smartphone market is witnessing intense competition, especially in the affordable category.

Touted as the fastest growing smartphone market globally, over 44 million smartphones were sold in the country last year, buoyed by affordable devices made by local firms such as Micromax and Karbonn.

According to research firm IDC, 18.42 million smartphones were shipped in India in Q2 2014 with Samsung as the leader with a 29 percent market share, Micromax (18 percent), Karbonn (8 percent) and Lava (6 percent).